Bec has been writing since late grade four (aged 10), when she plagiarised a short story by her mother.  Thankfully, no trace is left of this epic saga entitled The Mystery Lights. My published titles, from 2011 onwards, are listed below. 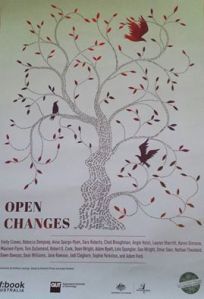 Bec’s words published in a 2014 poster

One thought on “Bec’s Publications”