Yeah, I saw Batman vs Superman: Dawn of Justice. So, spoilers ahead. I know, people loathed it. Put it this way, I enjoyed not liking it all, and I didn’t hate it either.

It felt like a long, slow motion languid symphony for random chess moves, before everything was in place for the action.  And then Saruman Jnr birthed his fighting hybrid space Uruk-fighter. Sorry, Lex Luthor birthed the supersized rip-off monster.

Anatomy of the Batman 101

What struck me was how with this film (and others), PhD candidates could be writing theses on 9-11 response movies. The second prologue back story sequence of Bruce Wayne in an exploding Gotham was like that and I’m sure it was meant to be. I’m just not sure how I feel about it.

But to start at the start: do all films with Batman have to begin with retelling his foundation myth – surely we know, right? Kid, dead parents, bats, ahhh? I understand this motivates his later actions but it added a(nother) prologue to what is already a slow film. A long, muted-toned prologue.

The ‘Desert Bat’ dream sequence featured cool action and a nice jacket, but it came out of nowhere and was confusing. And what was the point of the double wake up vision thing Wayne totally ignored?

It’s easy to find ye olde DRM free pics of bats, not so easy for Superman.

Ben Affleck put in the effort. As Bruce he was suave and jaded enough and as Batman he was menacing and warped. I liked him. Jeremy Irons as Alfred made him better, I think, but Jeremy Irons makes everything better. Plus, he got to fly drones and make breakfast and be all judgemental. 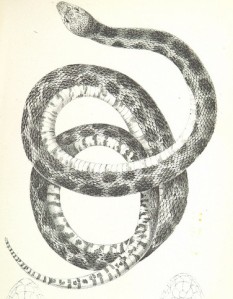 Henry Cavill somehow made Superman empathy-worthy and I was surprised. I really wanted to hate him more than I did. Amy Adams helped. Her Lois was his Alfred in this sense, except in ridiculous heels. However, I expected more from her, even in the ludicrously named ‘Nairomi’ – I almost laughed out loud at that. That and the fact she went all that way with a photographer she didn’t know or trust or background checked. Wrong. And I wanted Supes and Lois to communicate better. For a magic dude who can sense when his girl is in danger, he can’t be bothered working out she had a message for him about Lex Corp? Damn right he wasn’t looking or listening.

My other problem is with how Supes is presented – white, rich people (Wayne and Luthor) resent him, but poor, brown and old people worship him until the media says not to. That’s the message. His Mexico sequence was squeam-inducing in the extreme.

Regarding the main title round Batman vs Superman, did  you think, like I did, that it would end as when Buffy and Spike fought and brought the house down around them?However, this train of thought and the  fighting was interrupted  cos all comic book heroes have the same mother. Or something. Yes, I know Wayne redeems himself and relieves his guilt at his parent’s death blah, blah).  Anyway it ended  how we knew it would.

Then suddenly, with little back story and no introduction, Wonder Woman managed an ok showing for all of her non-essential plot involvement. Way to go building a franchise.

Superheroes need to work on communication. Most of the action could have been averted if people spoke to each other. If Superman saw that Zod can be regenerated, and had told Lois, she wouldn’t have buried him, but hurled him into the alien ship water. If Batman hadn’t decided violence first he could’ve held a conversation with Supes, which could have meant he had more of his Kryptonite arsenal for combating the Mutating Space Orc.

With the Mexicans worshipping him and Supes imminent return from his apparent death, the whole Superman/Kent – God/Jesus was overplayed and made curiously political, yet not universal. Surely, the UN Security Council would be the appropriate forum for matters of global import, rather than (again) Washington?

It was with these thoughts I went to see the Whistler’s Mother exhibition at the National Gallery of Victoria. While there, no wealthy heads of large corporations took me aside to inform me it was a fake. Bit unfortunate that. Anyway, Portrait of the Artist’s Mother is a finely crafted painting. It’s composition is perfectly balanced and the lighter parts of the portrait glow, while the darker parts of the dress and the surprisingly blue curtain possess a certain tactility. It was smooth, and plain and yet sumptuous. The heavy black dress looked like you could have brushed up against velvet. For a Puritan looking mourning widow, I’m just saying, she could have been made more austere. Martha the mother of Superman and Mrs Whistler would’ve had an interesting conversation I feel. Mothers who are widows, looking out for their boys who become men in the spotlight, burdened by ability and doubt and some fame.

See: balance, proportion, control (and the reflection of the exit sign).

Anyhoo, I appreciated the balance and composition of Whistler’s work, while Dawn of Justice, striving for both and also attempting the seriousness of this painting, fell short. But at least it tried.

I was surprised by Whistler. Born in the US, he grew up in Russia, was educated in France, and painted the picture in London. Yet, his work remains one of the most famous American paintings in the world. However, like Superman, I feel it belongs to the world.