If you are looking to support South Australian born and raised creatives you can read my stories, and/or, you can watch Assassins Creed, directed by Justin Kurzel, of Snowtown and Macbeth fame. How about that hey?

Anyway, Assassins Creed was a glossy and gritty and expensive looking first chapter of a story that looks like it will continue if enough people who play the game go see the film. While I almost guffawed out loud at the foundation statements of the Templars and Assassins, I liked the plot premise. Another positive, was the soundtrack was interesting and that is worth a second listen. However, the film did not bother to explain the Templars’ existence when they were arrested or burned at the stake in 1312, when their order dissolved and land and wealth seized. But whatever, the Templars exist and want to control everyone, apparently, but the Assassins, (in this), are defenders of humanity’s freedom. So the film ignores history, which is fine as it is not a documentary, but I would have preferred more of an alternate universe explanation of what went on – basically for those who know some history – to prevent their laughter. 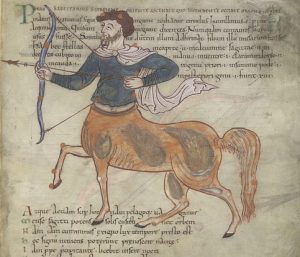 Many in the past were more about doodling than partaking in Templar vs Assassin Parkour.

The past is odder, more diverse, funnier and more intelligent that we usually expect. Just look at Medieval manuscript drawings of snail battles. They are a real thing, people. Don’t expect that here though. This is grim in parts, and only odd in that people manage to somehow fly and shake off concussion.

Michael Fassbender was good, but his ancestor was kinda better, even if he only communicated in occasional monosyllables or one or two sentences of Medieval Spanish/Latin/?, mainly with a super Assassin woman with no name, as they played Ye Olde Parkour through the Alhambra. Cool, and all, but could he have muttered her name at least once? 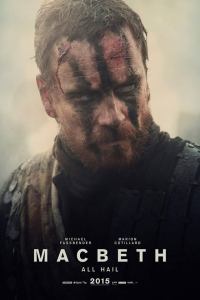 The main character’s ancestor was this. Because Justin Kurzel.

Having said that regarding character names, you can look up them up, but it barely matters: Jeremy Irons did his usual thing of lending this cinematic effort gravitas, while Marion Cotillard did that emotive thing she does with her big eyes that look like she has allergies because at any point she is about to cry. Extra points to her for delivering scorn without saying a word. And thus, with Assassins Creed, the film hinges on the father/daughter relationship between Irons and Cotillard, which is fine, but by the end of the film, feels unresolved. Michael Fassbender gets resolution and purpose through using and surpassing the Animus, but if there is a further film Cottilard’s past needs exploration.

Shout out to Australian Essie Davis in this. Under-used, but good.

The film, about how we can’t out run our genes, and our history, while big semi-corporate organisations seek to control everyone, but can’t, is teaching us a very American thing about the power of individuals. Or, is trying to argue there is no accounting for the chaos small groups can wreak when attempting to overthrow Big Genetics. Or something about overcoming the influence of our parents, whether dead or alive. Conversely, it says something about the worth of turning to the past to find answers to problems today. It’s all in there if you want to find answers to questions you’re probably not asking. And there is also something in it about violence too and Daddy issues.

Anyway, if you like Hoodie Parkour across Medieval Spain, it’s ok, but please stay away if you are any kind of historian without a sense of humour or fiction.