Can’t discuss themes without mentioning plot points and characters, so spoilers, k? But you know, if you wanted to see Passengers, you might have already.

I went in believing this wasn’t going to be the most memorable film. Just another glossy adventure in space featuring incongruously paired but beautiful people contemplating the terrifying mysteries and dangers of space. And it was that but also more.

In space, no one can hear you write

Firstly, I wasn’t expecting this film to feature a writer, and wasn’t expecting to write this kind of review, about writing. But it has, and it could have gone badly. I mean, a journalist searching for a story on a spaceship sent to colonise a world sounds a bit Telephone Cleaner Third Class on the B Ark. I’m happy to say, however, Passengers never felt like a joke, at least not about this.

I don’t think it’s only me, but I am a little wary of films and novels featuring characters who are writers writing about, often, themselves, and their writing. It’s a bit too insidery, and to some outsiders, it might seem as if the script writer or novelist is running out of ideas, like bands sometimes do, and instead of writing songs about struggle, love and life, sing about struggling with not loving the fruit’s of their success.

Passengers though, surprised me. I wasn’t expecting it to lead me here, but here I am, concluding that while the film has flaws and unresolved mysteries, it presented a writer and her insights reasonably. 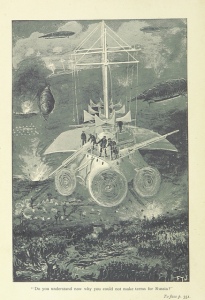 In space, time is the final frontier. That & credits for first class breakfast.

The film made all sorts of visual references to 2001: A Space Odyssey (the physical structure of the ship), with Arthur (Michael Sheen) and the ship’s voices and systems possessing an occasional touch of HAL in their performances and uses. This is in neat contrast to the barman as presenting as stereo-typically wise, counselling the writer over a drink (as well as the mechanic).

Michael Sheen manages to steal scenes in every film he’s in and then some, whether he is camp (Tron II or whatever it was called) or restrained. He does lend this film that slightly worn, English-accented gravitas many films are relying on these days (see Jeremy Irons) in place of more plot development. I also believe it’s the case English and some Australian actors are cast when the Hollywood types look a bit too perfect for ordinary cinema going plebs like me. Unfortunately, Sheen’s Arthur, while arguably the most likeable presence on the Avalon, presents more unresolved mysteries than solutions and solace with his whiskies.

Arthur on the rocks

What I did like about this unresolved feeling around Arthur is his suspect uncanny-ness. Like Preston (Chris Pratt) and Lane (Jennifer Lawrence) do, it is easy to see Arthur as human, and more difficult to see how his operating system has also been corrupted by whatever is affecting the entire ship. It is also difficult to see and to question his agenda, because as with the first Alien film, Arthur’s agenda is the company one. It is only towards the end that we see how this series of events, from a small beginning, ultimately directs later actions, mainly of Preston and then, of Lane. Arthur, speaking for the ship, is a kind of a director or creator, or, even writer, who sees the impossible occur with Preston to then manipulate those around him for the best outcome for the ship. Or, I’m again reading too much into his behaviour.

Through a whisky glass darkly

Anyway Arthur has a lot to do with how Preston and Lane see each other. He is a confidante, an adviser, but he is as unreliable as the ship, and Preston and Lane forget that. Thus, as a mechanical wing man, he leaves a lot to be desired. Or everything he does is fine, because he understands how humans work. Again, dunno.

If I’m focusing on Arthur it’s because he is the only bit of the ship with a working and useful interface. As Preston is driven crazy and guilty, and while Lane copes with finding out the truth, Arthur is the centre through which we can view everything, while remaining unknowable. We learn everything, or as much as we need to know about the two humans on board, it is Arthur who is the true mystery to me and thus represents the problem within the ship. Arthur could be the empty vessel (pun intended), filled with Preston and Lane, or a surface reflecting back to them what the passengers need. In any case, his presence rescues the film, as much as it helps and compromises the central relationship.

If this a lot of words to throw at a a gleaming surface of a film that focuses much attention on revealing hidden flaws in ‘unbreakable’ machines and showing the psychological responses to stressful situations in mismatched beautiful people, then so be it. This film won’t haunt your imagination with images of primal horror like Alien, nor will it confound you with symbolism like 2001, even if there are nice analogies with the Garden of Eden and neat turns of phrase. Maybe I was right after all. The Avalon is just like the B Ark, which is just like now: a world full of infuriatingly dumb technology, programmed simply, doing what it is told, but ultimately fixed/ hijacked by human ingenuity.