This is the usual warning: spoilers be ‘ere.

Yes, of course I saw Thor: Ragnarök. And it’s everything all the reviews are saying. It is funny, and effervescently bright with a taste of somethings 80s, like a good-humoured summer time advertisement for a soft drink, but with an immortal Jeff Goldblum instead of teenagers.

Still waiting for Sleipnir though

It was thus, a stylistic departure for the franchise, but it worked. Everyone acknowledges that Marvel has its own plot trajectory across years of films to get characters from one place and point to another for the Infinity Stone arc. Yet, in between we can have a talking raccoon, a Strange floating surgical wizard, and an android called Vision. If we can have all that we can certainly have an Asgardian god and his (adopted) brother who both keep coming back to deal out and take the punishment. Most of the time, the best aspect of the Thor series is how their fraught relationship is explored and sometimes mocked, and this remains the case with Ragnarök.

Many reviewers have praised this more light-hearted tone. But I see this as a double-edged sword. While Chris Hemsworth loosens up, and becomes less wooden as Thor, the film is still about the destruction of Asgard, and regardless of how this comes about, the joking at times point ill-suits the mood.

At other times, the humour is pushed too far. It is ok to make fun of Thor, especially via Tom Hiddleston’s devilish Loki, but it is questionable making Thor look the fool too often. Sure, he has weaknesses and must under go an arc to rediscover who he really is, but on balance, there were perhaps one too many prat falls milking Hemsworth’s comic timing.

While the new directorial style adds in fresh style and theme layers, the plot also strips away much of what is familiar to those who follow the films. It will be no surprise to find no Eric Selvig, no Jane Foster, and even more lamentable, no Darcy in the film at all. In fact, Earth is more of an abstract destination than a setting this time. Except for the Dr Strange set piece, which was entertaining, but again, a little heavy on Thor being made the fool. Although Loki’s treatment in this sequence is a treat.

Cate Blanchette ate every scene she was in. She clearly reveled in her role as Hela, the heretofore un-mentioned older sister of Thor and Loki. While I liked her back story, I would have preferred more. Best of all were the moments all the siblings explored their similarities even as they fought. As the Big Bad, she could have been provided further dimensions. I mean as the Goddess of Death I would have presumed she wasn’t always about war, and often would have been welcomed. But there was none of that. In Marvel’s Asgard, War is somehow glorious, but Death is definitely evil. 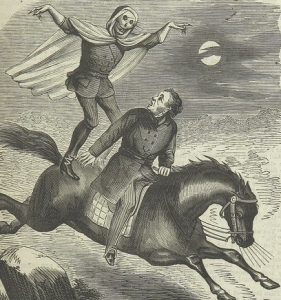 I was expecting Hela to be powerful, but she could have been more macabre.

Given her limitations, Hela can be seen as both Loki and Thor – powerful, ambitious, but also something more. And, despite the destruction, I appreciated Thor’s solution to the dilemma she presents.

What I missed and noticed, was the under-used Warrior’s Three and the complete absence of Lady Sif, or if she wasn’t absent, I must have blinked and missed her. At least Heimdall gets a good gig. In place of Sif, Jane and Darcy, we get a complex Valkyrie on a redemption arc with a backstory conveniently involving Hela (what are the chances hey?).  Don’t get me wrong, she develops reasonably complex relationship with Hulk, Banner and Thor, and gets to fight and talk, but Darcy was the perfect comic foil. There is even Tumblr  fan fiction dedicated to getting Loki and Darcy together. Somehow that makes more sense to me than Jane and Thor. I do love Hulk/Banner in this though.

At first I thought Mjølnir’s story would frankly ruin Thor and therefore the film. However, as much as Mjølnir has become a character, (see Darcy and Mjølnir scenes together in previous films) it was also literally propping up characters (including Thor) who only understood its wielder through it. Odin correctly explains the hammer is but a channel for Thor’s innate qualities, not his only expression of them.

Shoutout to Luke Hemsworth playing an actor as Thor, but I loved every New Zealander in this. Everyone keeps saying how Aussie the film is, and sure, while it features Australians and was shot here, the humour and talent is largely due to the skills of the likes of Sam Neill, in his cameo as an actor playing Odin, as well as the minor characters of Sakaar, including the Grandmaster’s dour side kick, and the gladiators. Of course, NZ director Taika Waititi is responsible for this film, but as Korg he also steals all his scenes, while somehow at times reminding me of Red Dwarf.

Korg: Well, I tried to start a revolution, but didn’t print enough pamphlets so hardly anyone turned up. Except for my mum and her boyfriend, who I hate….Bit of a promotional disaster that one…

This film is a succession of big scene stealers, including Goldblum’s ridiculous and larger than life Grandmaster. I don’t know if I enjoyed the outrageous good times so many are having, or lament this as jarring to the central point of the narrative. The stakes are high, as made stark (no pun intended) by the separate missions of Heimdall and Thor. Yes, it is about personal survival as always. But this story is should not just be understood as a series of wow moments exploring various rivalries amid epic problems of succession planning, but of Ragnarök: the destruction of Asgard. This film didn’t dwell quite enough this. It thus seems a little light on emotionally, especially compared to Age of Ultron, where the destruction of Sarkovia is a subplot, but at least the locals are motivated by the trauma of war, and as Avengers get to emote about the destruction of their home.

I suppose I am thankful Marvel didn’t take the road of DC with its overly serious, humourless and decidedly doomy lighting palette it over-commits to in its Batman and Superman franchises. However, the difference is more than one of tone and set dressing. Thor struggles and begrudgingly accepts he has weaknesses, and there are beings stronger than him or to rival his intellect, but internal struggles like this in some DC films basically mean Supes and Bat Dude are pouting and sitting in the dark thinking about their childhoods. As a style, I prefer the more active and entertainingly petty brotherly rivalries of the Avengers dynamic. Thor maybe unique, but he is never a loner and that’s the problem with most of the DC cast. The only time it really worked is with Deadpool, who possesses the power of self-reflective sarcasm.

Any who,  back to Ragnarök. I’ve heard everyone’s favourite line (the most highly featured one in the advertising at least) was suggested by a Make a Wish Foundation kid during a set visit. As a writer, this makes me a little glum, but also hopeful.  It bodes well for the future of Marvel if they keep using and finding people like Waititi, who seems to bother to seek inspiration even from the most unlikely of sources, and recognises talent where ever it comes from. It’s the type of news the film making industry needs to make it seem more interesting and creative, especially when all the other news (out of Hollywood) these days is indicates the sector is hopeless, abusive, and exploitative.

So, Thor: Ragnarök is up there with the best Marvel films so far. And having seen Much Ado About Nothing by the Pop Up Globe recently, I can attest to how Marvel remains as Shakespearean as ever. This includes right down to poor dick jokes, rousing good humour, characters playing to the audience, plenty of physical comedy, and relationship issues of import to entire nations.

Go see both, if you can.

2 thoughts on “Review: Ragnarok-ing the boat”