The new Hobbit trailer is out, partly because of this, and because of The Hobbit fan competition, and Halloween and ‘cons’ I’ve been thinking about the fan phenomenon.

As The Doctor explained to Charles Dickens it’s about fanaticism. I was going to say such devotion is usually motivated out of a deep appreciation or love, but humans demonstrate fanaticism can spring from any source. Fanaticism can lead you down a road full of treachery, it can leach you of your will, your finances, you individuality and perhaps even your life. It might depend on what or who you are fanatical about. Or, it can be an enriching experience of belonging and discovery.

(Getting to the point where writing fanatic looks wrong…like saying giraffe so often you forget what the word means.)

Anyway, if you admire and understand the works of say Prof Tolkien then there is some hope it might lead you to a life affirming place. His overarching themes involve showing that individuals matter, and while evil and melancholy exist in the world, so does a great many delights and wonders.

Life may end, Tolkien has Aragorn say, but beyond is more than memory.  To take in Tolkien’s world you partake in a kind of faith, not in an organised religion, or god, but in a ‘hope beyond hope’, in friendship, courage, and nobility of spirit.

In the end, the eagles always come.

Of course big media companies want people to invest, not just metaphorically, but monetarily. Tolkien, I feel, would be uncomfortable with his world becoming a brand. Mainly because he was writing myth and poetry, which are antithetical to advertising and business, which have legends and structures and purposes of their own.

So now, with billions spent on multi-media experiences, (films, games, rides, tours) fans of stories are legions of investors in cos play, replicas, toys, books, box sets, or are investing time in fan fic, debates, and fan films.

For people with even a slightly disposable income this is fun, and awesome and fun, and a whole lot easier than it once was. Once you had to go forge Sting yourself. Now you can buy it. And this is reassuring. Humans have always carried relics of what they have loved and celebrated the deeds of their heroes by re-enacting them.

Such relics, coupled with the technology that allows like-minded fans to find each other is something incomprehensible to young teen me, when it seemed I was the only person in the world who was reading the books I was reading. 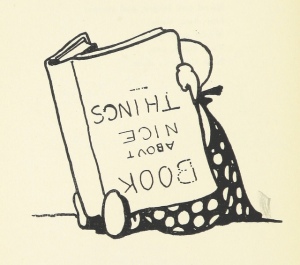 What represents the ‘best’ or most authentic fan is that the ethos of the story informs the character of the person you become. I’m not saying such fans must speak Elvish or time travel like The Doctor. It’s about belief systems, and actions.

Remember BatKid? The sick boy who got to be the hero? A charity and a city helped him to be BatKid. All those people, in helping that one little boy, were acting out of kindness and a heroic ethos. They did so without need of praise, and without need of recompense. They were Bat Man.

The best kinds of stories are the ones that influence you for the better. Being a fan should be more about reflecting on the ways a great story has coloured your understanding of the world and of yourself, and less about than how much think you look like Thranduil or The Doctor. (Fabulous, I bet).

Can people be considered fanatics if their values don’t align with the things they love? Should it matter?

I’m not saying you have to go Kick Ass. Frodo and Sam demonstrate some saviours aren’t looking for a fight, even if a fight finds them. I’m suggesting that it would be nice if people were more interested in emulating the better parts of the ethics of their heroes, rather than the violence or outward manifestations of their obsessions.

Being a fan of Loki, Sherlock or say Peter Capaldi’s iteration of The Doctor is not a leave pass to be a bastard either. They have very particular motivations and reasons for how they act and their intentions should always be examined. If you think being mean encapsulates them, then perhaps you’re just using them to justify  your own limited thinking.

It costs you nothing to be kind, kind about your own enthusiasms and kind about other’s. And if you aren’t kind, there’s a meme for that.

If you can be <insert superhero name> be <that person>.

So being a fan isn’t limited to dressing up and doesn’t mean having all the toys. It means that until you attempt to consider others ahead of yourself, or sacrifice something for another, or to strive for justice, no matter how small, or develop your talent, you’re not even close to being a fan of <that big gorram hero>.

If you’re the type of person who doesn’t let a motorist into the traffic or blocks the person with a single loaf of bread from going ahead of you in the supermarket queue, you’re not congruent with the things you might love.

I’m not saying I’m perfect. I have  days where I’m considerate and curious and creative, and less than heroic days too. But I try. I know which side I’m on, that of Wil Wheaton’s Law: