I understand the flaws film critics see in The Battle of the Five Armies and I don’t care.

Look, I’ve got the cred, studied film theory, read John Berger’s Ways of Seeing and stuff by Laura Mulvey. I understand the story mechanics of well constructed film. And I can comfortably forget everything I ever learned to spend more time in Middle Earth.

I mean it. Everything. I just don’t care. Sorry.

No. I’m not sorry.  For the most part, I am happy with Jackson’s Middle Earth. For the visual feast alone I felt my money well spent. There was so much that was good.

Yet, this film will not please anyone who doesn’t want to be in or doesn’t already know about and accept Jackson’s take on Middle Earth. So I wonder at the purpose of reviews. You will love this film if you love it, flaws and all. I loved the books, all of them for their flaws and their achievements. So too for most of what the films depicted and for what they improved about Middle Earth, even as they left things out.

I see no conflict at all in appreciating both the films and the books. I’m happy to live with the book versions in my head (have done for 25 years plus now and will continue to do so) and I am reasonably pleased to live with Peter Jackson’s films too.

So if you loathe Jackson or CGI, just don’t unless you enjoy hate watching. Nor  is this film for the likes of those looking for art house cinema, or naturalistic drama. Go somewhere else. Go see Mr Turner (I want to). Go see some uptight family saga set in New York.

I am not angry.

I’m not angry because I have read Tolkien. I know that all of his dialogue is lumpy and archaic. It’s a deliberate stylistic ploy because he was attempting to write a story synthesising various myths. Furthermore, especially in The Hobbit, Tolkien’s narration adopts a paternalistic tone (for the children see), and all the films thankfully abandon that.

I don’t know what reviewers expected, but I know not to expect the every day. If film as a medium is to approach reflecting the source material then it must bear the marks of what it is: Tolkien’s attempt at epic saga. He is myth making and myth in film often doesn’t work. Bilbo’s function, is to ‘humanises’ aspects of it. If Thorin is the Hero, Bilbo is the every-Hobbit, the one whose perspective the readers/viewers are meant to see events from. We easily forget that he is writing this story. The Hobbit is the mythologisation of the creation of a memoir. Just as Lord of the Rings is.

Nor should we expect too much of the personal unless it contributes some symbolic meaning. If you were looking for a lot of inconsequential dialogue you will  not get it. In Battle of the Five Armies we are not presented with much that is not plot related or reflects upon character development. Thus, there are the set piece speeches with occasional moments such as when the soulful eyes of Ken Stott convey all that his Balin needs to say to Bilbo, for instance. (Big fan of Stott ever since Takin’ Over the Asylum).

I don’t see dialogue as problematic, simply because it is performative. It is intended to be (even overly) dramatic and memorable. We don’t speak like this every day because myth-making is about picking and choosing the importance stuff. Everything else, like conversations about the weather in Dunland over second breakfast, are eroded by the passage of time.

(If you thought the dialogue was problematic be thankful the films excluded most of the songs and poems and riddles.)

I am glad the films eventually gave Thorin and the Dwarves some dignity where the book used them for entertainment throughout, and I appreciate Jackson and Richard Armitage for their efforts in this regard. Thorin in the films becomes as noble and corrupted and redeemed as any hero of myth and literature. Epic effort. I believed all the way.

The Hobbit book skips most of the violence because it was written for kids, so the deaths are dealt with in passing – even Thorin’s demise gets short shrift. Bilbo too vanishes from most of the finale in the book as he is knocked unconscious because Tolkien baulked at describing the action of battle in too much detail. The films fixes this for the better by giving more stuff for Bilbo to do (though apparently still not enough).

Some of the Dwarves (at least Thorin, Fili and Kili) get to do more than they do in the book, while Balin’s role was maintained. For this alone I prefer Jackson’s treatment of them. I do miss the interactions of all of the Dwarves, but it’s a battle and they are lost in the action. A pity but I think you can’t follow everyone.

While some of the violence was ‘stylised’ Thorin’s final encounter was wrenching and suspenseful. He yielded, in order to defeat his enemy, knowing he would die too. Ah me.

I understand comments about the ending. I missed the internment scene and final rapprochement with Bard, Thranduil and the Dwarves, and even Balin’s much later visit to Bilbo. But it was a long film and I suppose extra scenes would have seen more complaints.

On your marks, action

So bits of it were a bit video gamey. I didn’t laugh at it though. Because I was invested in the emotion. I was too tense waiting for what was going to happen to Fili, Kili and Thorin.

Martin Freeman became Bilbo for me and he remained at the heart of the story as the film’s conscience, even when he wasn’t in every scene. It was slightly jarring to see Ian Holm at the end. But you can’t back-cast LoTR. 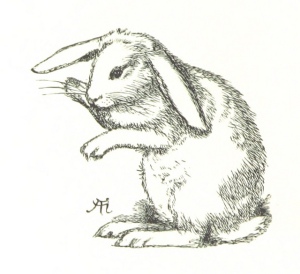 To recap or not recap

Desolation of Smaug got a reboot start at Bree, which was appropriate. There wasn’t time for any such moment in this film. Maybe some would have wanted a recap, since, as a single work of art each of the three films is unfinished. That’s the trouble and the point of epic sagas. They don’t all fit neatly into three act structures in one an a half hours. Myths predate film and plays and our currently accepted notions of how stories should be told. And I don’t have a problem with three films. The more time in Middle Earth the better.

We happy few, we band of brothers…

The films and especially Bilbo’s performance affirms more fully the notion the story, at its heart, is about one individual’s struggle to come to terms with his PTSD. Bilbo’s memoir tells of his adventures and those who became his friends, but more generally describes how he was traumatised by violence and the deaths of those around him. Through such trauma Bilbo comes to understand the Dwarves, what they have lost, why they seek solace in mirth (initially) as refugees, and what regaining their homeland means. For Bilbo to understand Thorin he had to experience leaving home, danger and desperation and violence and to feel the pull of the ring. For Thorin to understand Bilbo he had to come through his justifiable anger, and his need for retribution and he had to recover from his legacy of mental illness from his father and grandfather. Thorin had to regain his self-respect when his life since Smaug had been rarely respected.

Finally, Thorin’s redemption, was not realising he needed to go into battle, nor defeating his greatest enemy, but recognising (again) the value in Bilbo’s life. And Bilbo remembering it.

As for Tauriel, I know all the arguments against the love interest angle, yet anyone familiar with Silmarillion and LoTR will note it echoed the parings of Human and Elf – or at least hinted at the possibility of such a circumstance and I think it was a risk to do it because so few get that. For me though I thought it was worth it for further contextualising the works and the worlds of each of the books. Furthermore, Tauriel enables viewers to better understand Thranduil and Legolas – Thranduil’s own agony and loss is laid bare by Tauriel’s and it enables him to acknowledge it, even slightly, to Legolas. She also allows some contrast between the High Elves with the Woodland Elves.

Given it’s a battle that saw many Elves, Humans and Dwarves die, she helps distinguish the Elven form of immortality from the lives of others (even long-lived mortals like Dwarves). The film too enables Thranduil to become a character rather than a cipher with things to do and situations to react to, unlike in The Hobbit. While the use of Legolas makes for a stronger tie in with LoTR.

There is still so much I liked. Such as the inclusion of the White Council and their battle with the Necromancer – another throw away paragraph in The Hobbit that is actually crucial to Lord of the Rings. I approve its enhancement. I liked the inclusion of the women of Lake Town in the battles. I thought the treatment of Alfred different but important as comic relief in an otherwise violent tale.