One of my favourite books is Foucault’s Pendulum by Umberto Eco. No. Don’t roll your eyes. I geddit. I have to let you know I have a deep and abiding love of The Wind in the Willows and reveal that I did waste a few teen hours in the alien realm of Sweet Valley High and many more  in Isaac Asimov’s realistic worlds.

Anyway, my point is that if I could have invented a job that wasn’t writing related (and if I was less introverted), it would’ve been as Casaubon’s Sam Spade of culture in his Milano warehouse office. A paid editor/freelance PI looking for illustrations and quotes, but mainly correspondences and patterns across books and museum exhibits, paintings and performances.

But more like X Files without the suits. Maybe a job where I’m a Consulting Creative Writing Mytho-Symbolism Detective. A bit Sherlock Holmes, bit Mulder and Scully, bit Agent Dale Cooper from Twin Peaks, bit Casaubon. Nothing like Casaubon rip-off merchant Robert Langdon of the Epically Awful Hair, though. Truly, that novel is a badly written less-wordy Foucault’s Pendulum.

In the end it probably started in primary school, so I blame Alfred Hitchcock and The Three Investigators. One of my teachers had the complete set and kept them in the classroom. I believe I read very many (if not all) before he left after that year and took them with him. I did ask him not too.

The point of the investigators is they looked at weird supernatural seeming stuff and deduced reasonable causes. Just like the Scooby Gang. In Foucault’s Pendulum the trio of heroes gather stories and bits of evidence and invent a supernatural, all-powerful narrative that explains the purpose of history. And people believe it. As people do.

There’s the internet for all that now. Casaubons are no longer required. Lost something? You don’t need a trio of teens when you can find it yourself. Dunno what to call a vampire goat? Mulder’s retired and prolly spends his days editing its Wikipedia page. Consult your smartphone if you’re stumped over whether some rare reference book you’ve dug up features a quote maybe by James Frazer or Robert Graves about myth. Forget visiting libraries, those days where you’d consult a catalogue, or ask a person, or even pay a person, are mere memory to many. All the heroes and their subjects and references and a myriad conspiracy theories migrated online. Knowledge, more than ever is DIY. Even if often done badly. 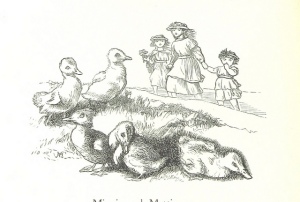 Luckily, I have an imagination. I can be who ever I want in fiction. Geologist, parent, grieving widow, mutant librarian, alien psychic triplets, it’s all possible. Or even more possible than it is in this mundane everydayness. See, there are benefits in writing, even if not always paid nor published.

I’ve never really tried writing that kind of investigative hero though. Well maybe once. It wasn’t very good and I stopped. Actually twice, when I plagiarised a story my mum wrote in Grade Four. I called it The Mystery Lights. I suspect mum might have been a bit miffed my version was better than her’s (which was never published). Not sure. Can’t ask her to find out.

Again, where was I?

So not only is Twin Peaks getting its proper denouement, but now I see (I Want to Believe) X Files is coming back-ish. I wonder if they’ll be freelance or salaried? I just hope it goes back to being about two whip-smart (retired?) agents arguing over whether it’s alien or human tech, or ghost or psychological projection.

You know, the important questions.