There was banter, gallows humour, fight scenes, there was highway robbery, and, there was a fire-breathing alien lion. All this was more than enough to satisfy from The Woman Who Lived, but it wasn’t even the main course. The main course was the thread of conversation between The Doctor and The Knightmare/Ashildir/Lady Me.

Ashildir and the Story of So Much History to Get Through.

For once, Clara’s way with words wasn’t needed. Her may fly perspective wasn’t required as Ashildir and The Doctor together confronted what it is to be forever. She is the contrast through her absence.

I’m reminded of the classic 1066 And All That, a mock text-book that joked English history is what you can remember, in this case being 103 Good Things, 5 Bad Kings and 2 Genuine Dates. Written in 1930 it predates Doctor Who and is so timeless in its comic virtues it became history. A bit like Doctor Who.

These episodes reminded me too of Orlando: A Biography  (not the Bloom), the book, by Virginia Woolf. Orlando marches through history in much the way Maisie William’s Ashildir does and both explore issues of gender and androgyny, writing and time.

Rearrange the pages and we have The Doctor’s 2000 year diary.

Most of all there is another story I’m thinking about.

Ashildir is the opposite of Jorge Luis Borges’ Funes the Memorius. If you haven’t read it, it will take approximately fives minutes: Borges was always a short, short story writer. And you can conveniently find it here. The point is, having read it, like most of Borges stuff, it will stay with you, much like everything did with the main character (that’s an in joke you’ll get later).

Ireneo Funes is the person who doesn’t live long but who can never forget. Ashildir lives forever, but can’t remember, at least not much of it. Yet both are driven to narrate. They share other similarities too. Ashildir and Funes come about their abilities by near death experiences. They both learn languages and are both young and old.

Ireneo was nineteen years old; he had been born in 1868; he seemed as monumental as bronze, more ancient than Egypt, anterior to the prophecies and the pyramids.

Funes wanted a simpler language through which to communicate his detailed yet narrow experiences, Ashildir turned to writing to memorialise her vast experiences, since she couldn’t remember them. Neither perfected this. Funes, because his language made no sense to anyone else, and for Ashildir, because her lessons to herself were often too painful to want to read. She endures history – its great battles, changes in custom and costume, while he recited history and neither are made happy. Both seek escape. Ashildir sees in The Doctor a way of skipping the endless day after dayness of her existence. Funes seeks an end. 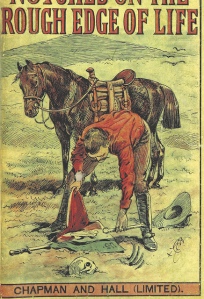 Toward the east, in a section which was not yet cut into blocks of homes, there were some new unknown houses. Funes imagined them black, compact, made of a single obscurity; he would turn his face in this direction in order to sleep.

Ashildir, to survive, turns her emotions in the same direction as Funes – towards obscurity. Otherwise, like Funes, she could be overwhelmed by her perceptions.  The return of The Doctor reminds of her of herself, her history, and returns to her knowledge that she cares. Importantly for the ongoing adventures of this Timelord, it reminds us that The Doctor is the one continually running away from the pain of loss. Through Ashildir’s diaries, we see that like her, he fought in wars, killed and caused to kill, had a family and lost them and vowed never again, and rarely speaks of those he has lost. Like Funes he can focus on details, and can’t often forget. The story about Ireneo Funes is a memorial to his remarkable ability, the diaries are Ashildir’s memorial. The Doctor can’t memorialise those he has lost, except by refusing to stop, and refusing to die.

Lucky for us, hey?

All in all, this was good writing. It was ‘about’ The Doctor without being about The Doctor, was mythic yet personal, profound and astute yet comic. Big props for Catherine Tregenna. If she could provide more scripts that are as frivolous and moving, fun and serious, that’d be great.