I was always a fan of X Files. At the risk of revealing my age, some series were often enjoyed communally. It was virtually the only thing we all agreed on as  bunch of undergrads, lapping up the ongoing trials and tribulations of FBI’s most basementy duo, Mulder and Scully. It wasn’t just Moonlighting, but with monsters. It was so much more. 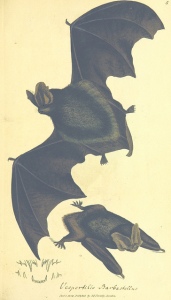 Mulder: El Chupacabra? No, they got four fangs, not two, and they suck goats, hence the name.

The first film was pretty good. The second film a let down. I’m hoping for some return to form with the new series which appears soon, but not soon enough, in Australia.

Back in the 90s though, we were unwittingly learning things about narrative, American folklore and history, film history, and office relationships, as we marvelled at their technology and their vast resources. We can laugh at the hair cuts and phones now, but the theme music remains visceral.

X Files has a lot to say about writing and writers. I think because the writers of X Files, (including Chris Carter), like all writers, must tap what is most familiar to them after everything else.

That everything else though is pretty wide, and includes, but is not limited to, imitating TV shows like Cops, taking inspiration from texts such as Frankenstein as well as 1930s comics in Post Modern Prometheus, as well as good old-fashioned ghost stories, but at Christmas.  Some episodes about writing and writers, even have documentaries about them.

Jose Chung: Agent Mulder, this book will be written, and it will only benefit if you will explain something to me.
Mulder: What’s that?
Jose Chung: What really happened to those kids on that night?
Mulder: How the hell should I know?

In a single episode, The Cigarette Smoking Man, was revealed to be a writer. He was eventually a successful one, and was prepared to quit everything on the basis of one manuscript acceptance. Ah, naivety. His innocence about the nature of the industry was heart breaking, considering his deep knowledge and cynicism about the world he worked in. It was painful to watch his enthusiasm founder when he wanted a say on illustrations and found out after the fact his story, based on parts of his experiences, had been changed. It hurt him (and me) that others considered the publication trash. In his back story, this sinister man was presented as a cold assassin, but also as a vulnerable artist wanting to break free from his life. The lesson is, if you want to humanise your villain, show your villain as a writer:)

X Files can also present a failed writer as a weirdly magnetic psychic stalker beguiled by Scully, who gets to poetically narrate his own episode as the investigators become novelised. This vague and threatening character embodies the notion that writing is literally bleeding your heart on the page. 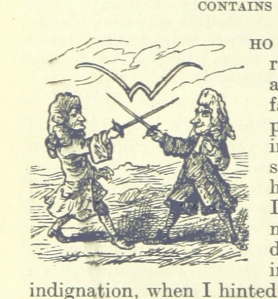 X marks the sparring between characters that often defines episodes.

There is also Hollywood AD, where the X Files is made into a film.  It is hilarious, full of insider jokes (like the headstone for Alan Smithee).

In this episode, the evidence in contention is a bowl purported to have recorded the voice of Jesus in its grooves when made, but the episode is really how the most serious of stories can be turned into a farce or are actually forgeries, through writing.

Of course, not every tale is so direct about writing and writers. In Bad Blood, our heroes relate their version of events to each other before reporting to Deputy Director Skinner.

Mulder: I did not overreact, Ronnie Strickland was a vampire!

Mulder: You’re my proof! You were there! Okay, now you’re scaring me. I want to hear exactly what you’re going to tell Skinner.

Mulder: No, no, I didn’t say that! I just want to hear it the way you saw it.

It demonstrates how different perspective changes the same story, while also showing how each thinks of the other and their work. It’s a handy trick, as it gives depth to what could be a simple event. Also, it’s a great lesson, in that it shows good writers know their characters and how they see the world, themselves and each other, no matter if they are telling the story, or are immersed in it.

Mulder: That is … essentially, exactly the way it happened.

Mulder V/O: Except for the part about the buck teeth.