I’m in a couple of online writing groups. The questions that get the biggest responses are not about reviews or like when to use the Oxford comma – or whether to capitalise the Oxford comma. There may not be consensus, but it doesn’t capture the imagination. The most recent question about research did though. We listed the weirdest things we had looked up for projects. I listed Akkadian poetry and limestone karst hydrology that went into one project. I also mentioned the Medieval mystic sources I used in a feminist prison mystery. Equally, though, I could have mentioned the abandoned love story I worked on using chemistry jargon, or my published supernatural short story that referenced John Donne’s poetry.

People have been writing and illustrating war and death for a long time, but that’s probably more about power than anything else.

What was interesting however, were the dozens and dozens of contributions by writers who cited their research about murder and murder related themes. Everything from Medieval torture devices to how people in France were garrotted. It seems everyone but me is writing, or least researching, murder. I mean a lot. 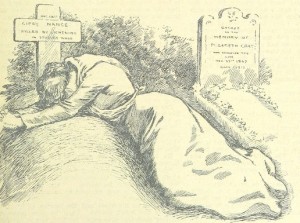 I’ve written about grief, but not murder.

If you write or art are you looking up murder too?

It’s not that I haven’t written about death and grief and won’t in the future, because I have and will. They are a part of the human condition. But it’s never crossed by mind to write about murder. At least not within the crime/victim/detection/court nexus. Literally, it’s done to death. And with medical, historical and criminal experts coming out of the woodwork to write about it I’m not sure I have much to add. 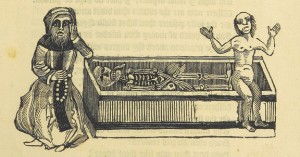 I’m not sure I want to add anything. I don’t find murder or murderers at all intriguing.

Am I missing out on something?

I kinda hope not.

2 thoughts on “Murder, they all wrote”