Ok, so I went and saw another ‘super’ origin story where an emotionally flawed, but brilliant and successful middle-aged white American man hits a roadblock in life and collapses in a heap. After the inciting incident, he seeks redemption/healing and discovers a calling that’s bigger than himself, but apparently still all about him.

That the titular hero trails conceit in a broken wake of consumerist fantasy Bond-lite fast living as a commentary on the emptiness of the American Dream can be argued, but this is conveyed in speedy vignettes and one liners rather than as fleshed out scenes. And thus can be skipped over as the rest of the film endorses almost all his life choices. 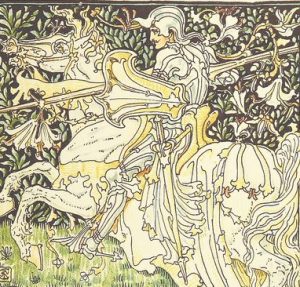 Dr Strange, not the white knight you’re looking for. Unless you want a narcissist with over achievement issues.

And yet Dr Strange wasn’t horrible. There was drama, action, and attempts at comedy. I don’t want to hate films, mainly because they take so much work to create – just watch the full credits. So I don’t hate this. Most of it worked, even if I question the basis of some of the mystical dualistic assumptions.

The film fulfilled its purpose and I was distracted from much about real life and was entertained enough. The effects were interesting and the Doctor Who time loop solution when Strange basically faced a giant Satan was clever.

And yet, such films go out of their way to invite the likes of me to ponder unanswerables, like wouldn’t it be great if girlfriend type characters weren’t just like convenience stores, full of helpful stuff (such as surgery skills and interpreting emotions), and always available (for aiding secret business at the super hero’s beck and call).

In the end, this film has the same criticisms as most of the Marvel and DC scripts…they are straitjacketed by their own comic heritage, given their genesis in much more colonialist, localised and sexist times. And I say that in full awareness of the current backlash against globalisation and ‘PC’ agendas.

I sit and watch a British actor play a US surgeon against a character who was originally Asian played by a British white woman with a supporting ‘minority’ cast and I am conflicted about that. Yay for Tilda! Boo for Tilda. And I’m conflicted about whether we need the bread and circuses of Hollywood more than ever or not at all. As an individual there is very little I can do against the political and societal systems that leave me vulnerable and devalue my humanity. And when, like many, I want to escape them through cinema, I am reminded of them. But can I blame Hollywood, since it is a part of the world and also thrives on this? 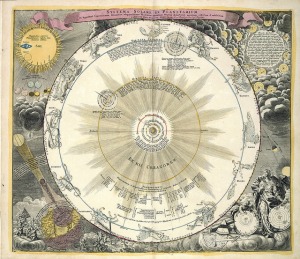 So yes, the film industry demonstrates the worst excesses of globalisation, but also the best. The fact that countless millions of people across the same week or month can experience the same story and be entertained across cultures and languages is frankly pretty cool. That it employs millions of people to tell stories is my jam. That Dr Strange turned out to be a commentary on the dangers of religious fanaticism was interesting.

The fact that the entire film industry maintains gendered pay disparities, and complex accounting mysteries is concerning. That it standardises measures of beauty that are impossible for basically everyone is problematic, and that it misses the stories of entire populations is worse, all while exploiting vulnerable youth, underpaying creators, and often messing up the environment it works in.

And this happens while churning out the same types of movies with similar men as the same type of hero in a one-dimensional, mostly mono-cultural conga line of celebratory machismo. I’m not surprised.

But Dr Strange wasn’t going to change anything. It never could. Even if it portrayed the Ancient One as Asian, even if Dr Strange was a woman. As I said, it is still bound by its past and to jettison that is to present something that is not the Marvel its readers know and love. But not all movie goers are comics readers. I guess I will continue to wait for Marvel 2.0, or iMarvel 3000 or Marvel Redux.

Or something. Note to self: just watch the film.

Dr Strange: not as mystically weird as I wanted, and heroically familiar to anyone with a passing knowledge of myth. Not the worst Marvel film, but not the greatest. Like Inception, with glowy lights and colourful costumes.