Rogue One was everything Star Wars I, II and III should have been: personal, fast paced, emotional and powerful. It addressed a common criticism, that is how come the Death Star was so easily defeated, without being beholden to the familiar characters. While it spoke a lot about rebellion out of hope, it provided the cause of the hope in the context of the major arc of the stories in total, while spending its own entirely (I gave Hope to the world and kept none for myself, to misquote Tolkien – see below). Each of the characters gave their all for a cause greater than themselves and one that most of the audience already appreciates. This eases (somewhat), the denouement. Galen Erso’s work and sacrifice is understood and then repeated.

There were HP Lovecraft influences in a couple of scenes. Tentacular!

In what felt like a long film I still wanted more of the relationship between Jyn Erso and Saw Gerrera. What could have been made more apparent is how Gerrara is cognate to Darth Vader: the father who goes too far, and loses himself to a cause. So yeah: as Vader is to Empire and the Dark Side, Gerrera is to armed rebellion, even against the Alliance. Looked at this way we can see their beliefs and actions balance each other as they are manifested physically through the use robotics and clothes, and psychologically through their use of torture – mostly on allies (Vader on Orson Krennic and Gerrera on rebelling Empire pilot Bodhi Rook).

BTW: was it me or was Saw’s truth detecting land octopus extremely Chluthlu?

I like how no character was traditionally heroic in that they were all ‘good’. Both Jyn Erso and Cassian Andor were complex enough and their interactions and goals became more nuanced as their stories played out. Erso’s conversion into an Alliance ‘believer’ felt authentic, while Andor confronting how his cause shaped him was convincing. Their chemistry, as many noticed, also worked.

The action set pieces by Donnie Yen as Chirrut Imwe were spot on, with his character also providing the philosophical centre of the film, usually occupied by Yoda. There was a bit of the Mystic Ninja Asian going on, but at least Asian characters were cast. Yay for inclusion, nay for stereotypes.

Needless to say Imwe was more quietly heroic than the ancient backwards talking green Muppet. He lent every scene he was in the gravitas it would have otherwise lacked, even if he was sometimes the plot point ‘explainer’.

Ben Mendelsohn out-acted everyone as the main Empire operative. He achieved this playing against a wooden and obviously CGI character from the earliest films, so he had a lot more work to do. Also, most everyone else was wearing a face covering so his emotions were the ones most easily displayed. Thus, Alan Tudyk was more convincing as the comedic foil, with a better emotional arc as K-2SO than Tarkin’s digitally (re)animated performance.

Not sure if this was a negative or a positive, or what it means for George Lucas and everyone else’s reading, but this particular quest story felt very Lord of the Rings. Erso and Andor = Frodo and Samwise. Imwe is Gandalf and his buddy, Baze Malbus, Aragon. Mon Motha is boss of Rivendell while the Dark Lord is obviously always Vader, right down to the fact he is a servant of  a greater and older evil in the Emperor/Morgoth. Darth Vader’s main base, with its  massive black tower bestriding rivers of molten lava, was Baradur.  The fact that Erso and Andor had to retrieve an item and climb a communications tower of (Mt) Doom only to then contemplate a flood of fiery destruction made it all the more obvious. Was it just me who wanted the eagles to come their rescue?

All in all, this could be my favourite Star Wars film. There were women fighter pilots, there was a worthy heroine who found her purpose, there was her band of rebellious brothers, there was action, and pathos. There were familiar faces, and, as important stuff was at stake everything was made to mean something, even while politics were kept to a minimum, rather than extended into boring senate trading debates. 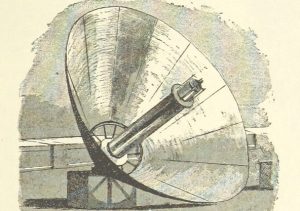 For a while Rogue One became Hackers circa 1995 with hard discs, data transmission issues and daring feats by pretty young people on sky scrapers being chased by the law. At other times, it  occurred to me there is something wrong if we are turning to films to watch such destruction as entertainment, when we could watch the news, or a Twitter feed, about Aleppo. Where is the Alliance for the children of Syria? Are Jyn and Andor the Chelsea Manning and Edward Snowden of the Alliance, getting the truth out about illegal government activities, even as they break the law in doing so? Was Saw right to torture an Empire traitor, was it a comment on rendition? Am I thinking too hard about all of this, or is the news too difficult to escape? I can comfort myself with concepts of catharsis in fiction and performance, but I don’t see the release, I feel reminded.

In the end, I was relieved and surprised by Rogue One, but as ever, reality keeps letting me and the world, down.