Yes, I saw Ghost in the Shell. Although, I’m not sure why. I was confused about why almost everyone spoke English, except for one deeply capable older gent with the odd haircut. I was annoyed by why characters had to keep repeating ‘ghost in the shell’ or any number of variations of this throughout the entire movie. Was it to remind us this wasn’t Lucy? I was delighted by the appearance of actors I haven’t seen in much since the 90s (you’ll know them when you spot them). Also, why does it always have to be kids? What kind of corporate dystopia does that? Mainly, though, what about the main character?

Major issues with the shell

I get that for the disconnect between Major and her former identity to be properly portrayed, she couldn’t look like her original self. Sure, but it is interesting that an in unspecified time in a future Japan-like city-state, the measure of ‘beautiful’ is Caucasian, more specifically, Scarlett Johansson. Why not African? Why not Aboriginal or Arabic? Or even, here’s a crazy thought, Japanese? My answer is because, Hollywood films (even co-productions) remain a business relying on bankable ‘stars’ run by mostly American executive men who are delivered narrowly gauged polls on how teen boys respond to casting announcements and early edits. So yeah.

Any way, while Major had a corporatised Caucasian body connected to her brain, she could not feel it. I was disturbed by this, because even now there is technology to enable amputees to feel, even a bit. And if there is phantom limb syndrome, surely Major would have a version of phantom body syndrome?

Speaking of phantom bodies, I wish Major’s visual glitches could have included memories of Motoko’s body, because most people look at themselves, even as I am now, seeing my hands and fingers move as I type this. And people can remember themselves. A glitch of something like this would have helped the audience connect better to Major.

Hands up for more mind/body theory in films.

Sci-Fi 101. Hackable bodies? Check. Scientist as parent: check. Uploading to a bespoke network? Sigh. Of course The Matrix, but also the Framework featured in Agents of Shield, and Lucy’s destination and a gazillion others. I’m glad Motoko/Major resisted the upload, even if it might have been for sequel reasons.

And…why couldn’t Major speak Japanese when she got her memories back as Motoko?

Maybe I should go back to watching cybermen, who in their uploads not only suppress personal histories and emotions, but gender expression through uniform (male seeming) metal bodies. Speaking of bodies…

I’m sure there are graduate film theory classes or a thesis or two on Johansson films and her choices. I can imagine them being called Embodying the Silent Other: Scarlett Johansson in character, or Remade Body of Work, or some such, with a few references to Laura Mulvey. Such a survey would include Girl with a Pearl Earring, The Other Boleyn Girl, The Prestige, The Island, Under the Skin, Her, the aforementioned Lucy and now Ghost in the Shell, with a side note on the Black Widow from the Avengers stuff.

There is a strong impetus to connect all Johansson’s characters, and make it about body and identity and silence, but especially how each character is the locus for other people’s meanings, purposes and agendas. And beyond that how this actor’s body across films is the site of manipulation and control – whether it is for art, or making a king happy, or supplying body parts for her original self, or to create a Russian assassin. 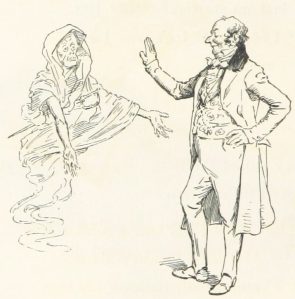 Ghost without a shell

Even though any of these could form a legitimate investigation,  it is worth noting that Major speaks the entire time. She, of course, espouses the company line, in telling us what she is, and what she was made for, but her deadpan delivery belies this, and when she remembers, she – and her mother – tell us what Motoko stood for. Despite Hanka and others designating Major for a purpose she gets to make choices, take risks and narrate them.

Thus, Major is not only for others, just as The Female in Under the Skin evolves beyond her designated purpose (kind of alien food lure), and again how Mary survived her designated role as royal concubine in a way that Anne Boleyn, as Queen, could not survive. If there are physical and mental manipulations, silencing, and abuses of power, there are also varied survivals, and the recovery of many types of power in most of these roles. There is not one ghost who is also Jordan Two Delta, Lucy, Griet, Mary Boleyn: there are multitudes.

Or something. Make of that what you will. Maybe too many films explore the same themes, fleshing out original and complex ideas too simply in showy and/or action packed attempts to impose some meaning or acceptability on what could be seen as male gaze fantasy fodder? I don’t have answers, I’m just a person, looking at a film, wondering…is this a thing? Is it a problem? And if not, why does it seem like there is only one actor in all the world for this purpose?