I am a new student of German Longsword. It’s been mentioned before in dispatches, but it’s a bit like boxing, or dancing. Cuts and parries (movements) are in response to those of your sparring partner and vice versa. Thus, sometimes sword fighting is a waltz, other times it is jazz ballet. But since English is chock full of similes, and many words for individual things, why are so many past times, experiences and events described through war analogies? (Yes, I know, says me, a person getting a taste of a  European martial art. But I’m learning for fun, not for war preparedness.)  Anyway, I suggest let’s bite the bullet and can battle analogies. 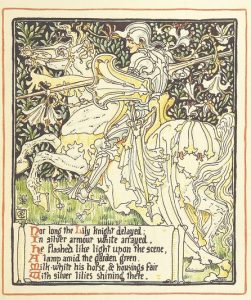 Chivalry, a code of conduct of warriors, translated into a language of longing.

As even sword sparring demonstrates, life is not war. It is a dance of call and return. It is symbiosis, it’s accretion, and osmosis. Life is energy and movement, it is communicative, it is an ever active exchange. It is cyclical. It is not necessarily pleasant nor calm, but it is not always a struggle. Nature too, is more about achieving balance and harmony than being ‘red in tooth and claw’.

Something about the importance placed upon the implements of long dead warriors.

While literature and language is rich in metaphor, can we find  others to relate the complexity of human interactions? Can we sheath our swords? Is it possible to cease weaponising language, or is this a long bow to pull? As Alan Alda says, ‘war is a failure of communication’. But resting so often upon to war metaphors seems to me a failure of imagination.

Words are not artillery. The introduction was not an opening salvo. These phrases are not bullets. Sudden accuracy in reporting is not a truth-bomb nor a bombshell. We can avoid them, but we can’t seek higher ground. Nor retreat, nor hide in a foxhole.

And yet too often we rely upon war metaphors to tell our stories, describe our experiences, and relate our private fears, even if we abhor violence. War is war. But lest we forget, not all life is about war.

We do not honour sacrifice and loss by casually usurping the language of the battle field for business and sport.

Tension in the team room after a loss is not a ticking time bomb, nor a powder keg. Losing a business deal or a game is not being on the wrong side of a skirmish.

In an argument you are not in no-man’s land, you simply disagree. This is a heads up to say attack is physical; criticism consists of words. When laws are made to criminalise activities or products, it is not a war on them.

Unless your office is surrounded by troops, and/or you have lifted the draw bridge over a moat, you are not being besieged by questions and demands. Unless they are exploding, you are not being bombarded with emails. Office guerrilla war tactics seldom free oppressed peoples.

Let us cease-fire. Surrender our arms, lay down our guns, still our volleys, halt our shots fired. Bring down dog-fights, just stop our combat similes…if we can.

Yet I think even if this idea gains ground, it will be a Pyrrhic victory. In the Ideas War, we would have to admit defeat over the long-term, because I can’t blow arguments out of the water.

There are creative writing exercises that require changing how language is used. Some prohibit a certain letter of the alphabet, or a word, or concepts. Is it possible to write about a society lacking the concepts of violence, war, and fighting? How would a story’s conflict, disagreements and politics be described? How would aggression and anger be expressed, if at all? George Lakoff and Mark Johnson in Metaphors We Live By suggest imaging, not sword fights, but arguments as dances. And why not? Some cultures have no words for directions (such as north and south) so go by landscape and personal signifiers, and do alright…and yet, it is not the ‘norm’.

Imagine no war, John Lennon wrote before he died as a result of gun violence. Perhaps, through the application of creative effort we can. However, like Lady MacBeth unable to wash the blood from her hands, I wonder if can ever fully escape the language of battle.