Just saw Avengers: Infinity War, but it’s too much to take in right now, and if I review raw I’ll spoil it. I’ll wait, but you can read my thoughts about Black Panther instead. I liked it when I saw it, but unlike other MCU films I wasn’t quick to review it. This is for a variety of reasons, such as taking time to absorb better informed reviews. 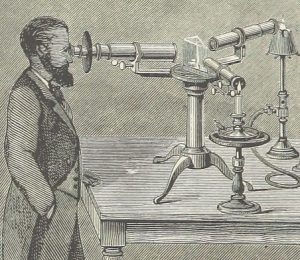 Taking in other reviews.

Reviewers (here and here) have written knowledgeably on how this film both critiques colonialism while presenting as African a kind of neo-colonist image of Africa (replete with royal elites and trial by combat). I think these are interesting arguments, as the film both interrogates and promotes a re-mythologised Africa as seen through American eyes.

For my mind, I was troubled by how quickly harmony was restored in Wakanda after a civil war, but then remembered the battle for power didn’t seem to impact or even include the hill farmers, the local teachers, or children, even though it was partner against partner, and friends against each other. In the end the king was restored and all was well. It felt a bit like the Arthurian legends with knights bickering across the Round Table while serfs, kitchen wenches, religious folk and shepherds continued to do their thing in the real world, beyond the edges of legend. This is the way of myth building. 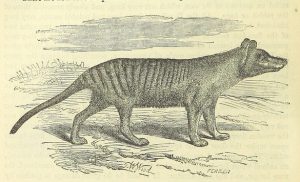 Australian superheroes are most likely extinct, like the Tasmanian Tiger, cos colonialism.

So yeah, I had a lot of thoughts and I wanted to sit with them a while. But also because this film wasn’t for me, as much as it was for other people.  However, this film had a message, and it presents me with uncomfortable truths (yeah I know boo hoo).

To face them, I must acknowledge I am a coloniser. I descend from people who came to the continent of Australia from many elsewheres. Where my family occupied meant those who had lived there for thousands of years had to fight to stay, die, or leave. Black Panther’s Shuri throws this word at Agent Ross, and it hit me like one of their vibranium spears. And it meant to. I’m not angling for sympathy, just noting that as Alison Whittaker writes, to be an ally is to ‘prepare to hurt.’ Fair enough. 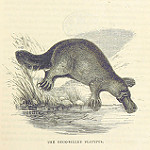 The other thought I had: Wakanda is a bit like Australia in that the problems of our next door neighbours are difficult and complex, but for whatever reason, Australia’s leaders are mainly disinclined to intervene, or when they do, they do it secretly (but here usually backfires).

People rightly celebrated the empowering elements of the film Black Panther as a step forward in representation. But a film can’t undo institutionalised colonialism and sexism in one go. And no amount of vibranium in the world can help. In fact I know it can’t. If this element was real, and found in Australia say 70 years ago, a colonial family would’ve kicked the First Nations people off the land with the help of politicians. The family would have paid First Nations workers in flour to dig the resource up, in poor conditions, while refusing to acknowledge the dangers and health costs. While this family kept the wealth for themselves, they would’ve used the funds to lobby to reduce resource imposts and fees, while avoiding paying income tax. If you think this is fiction I’m sorry. This is the history of mining in Australia.

I highly recommend looking up the meaning of the song Blue Sky Mining by Midnight Oil.

These are the thought processes that happen to me as a result of watching a deceptively simple super hero franchise film. And my brain is firing on Avengers right now so who know’s what I’ll come up for with that. It’s a blessing and a curse, but Wakanda do but to continue to go boldly.