I have news. It has been a long time coming. But after writing poetry for decades, finally, after all these years I’ve had one poem accepted for publication.  It’s in Trouvaille Journal right now. If you would like to read it, here it is. 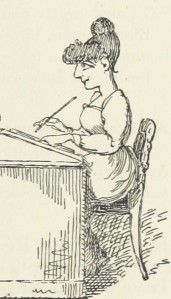 It sounds dramatic, doesn’t it? Decades in the making, but it’s not a linear progression, this writing and getting published system, pursuit…past-time, habit, addiction. Whatever, anyway. Yes, I think practice has improved my work, but the poem accepted was written more than 10 years ago.  To improve as a writer is what I try to do, however, it doesn’t matter. What matters is whatever poem I send to whichever publisher matches whatever editor wants in the exact moment the poem is received.  Getting published is thus, more like a giant, complex game of Tetris, where you can’t see the moving parts and so those rare moments where one block (the piece) slots into the other (the publication) is nigh on miraculous. What helps though is playing, more and more.  Getting published is mostly, sad to say, a numbers game of Tetris, unless you’re famous already or have some other kind of leverage. So yes, while it’s taken decades to get a poem published, my submission rate for poetry has been relatively low compared to the short stories I submit to journals.  This is for a range of reasons I suppose, reasons that are probably mundanely psychological in provenance, or otherwise boring, so thusly, will not be explored further here. Anywho, here’s another amazing fact: for this particular poem, it was submitted once, and then accepted. Some days, writing and getting that writing published, is just down to luck. The other ones I submitted with it have been rejected, and rejected. The journal wants what it wants.

But back to being published.

I’m taking a moment to celebrate this victory.

Meanwhile, out there, floating in the Internet ether, my Schrodinger’s Cats of submitted poems and stories are neither accepted nor rejected.

One thought on “Something old, something new”