Fans will see Star Wars: The Force Awakens without my say so, and so will anyone else vaguely familiar with the franchise. But these are my thoughts anyway.

It was respectful of the source material, it was an homage to what went before, with plenty of deliberate shout outs. The plot, the pacing, the dialogue were snappy. There was tragedy, humour and a bit of wisdom. As a continuation of the story, this is literally light years ahead of whatever the hell those other films were (you know the ones).

Yes, there were the familiar characters doing their thing, and it was realistic, in terms of relationships and psychology. If some of it felt too like the original films, this was deliberate, as it is the story of multiple legacies being resurrected. 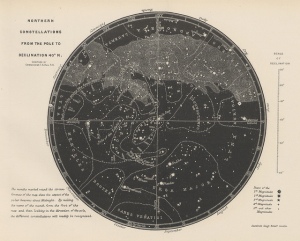 This is probably not the map they were seeking.

The adventure had the appropriate beats to The Hero’s Journey , so it’s mythically sound enough. By that, I mean the outlier individuals get their call to action, they do the traditional hesitation, they seek advice, etc. All the motivations are there and everything it set up well for the saga to continue, with the additional benefit that it also felt like a whole film.

But far and away the best thing about The Force Awakens is the relationship between the leads, Finn and Rey. John Boyega shines through a combination of lovely comic timing and pathos. I believed in him. But then he was pretty much the best thing about Attack the Block too as a completely different kind of hero. The contrast is startling, which, to me, makes him good.

Daisy Ridley as Rey, holds her own on-screen, and she must, as she is the only character doing anything for a while. Her portrayal of Rey as independent and hopeful helped the film along. Rey will grow more complex in the next films and Ridley will be up to it. As a kind of equivalent to the young Luke Skywalker, she’s already a cut above Mark Hamill as any kind of actor. It’s also first pumpingly fantastic that a female lead can be the hero and discover a quest and be capable, without stupid costumes and without innuendo (looking at you JJ Abram’s version of Star Trek with the treatment of Uhura and any female Kirk looks at).

There is room for relationships to blossom or develop, but amid all the plot goings on, it is be bound to be at least secondary and at best (or worst) tragic and that is more than enough.

Honourable mentions to Oscar Isaac as Poe Dameron, as he lent something magnetic to his catalyst role, making it better than it could have been and also to Lupita Nyong’o, whose portrayal of Maz Kanata had me convinced she was something like a 1000 year old Zen Buddhist bar owner.