Apologies for the delay, but as with so much of this season, Doctor Who feels like it’s biding time until the big finale. Having said that The Eaters of Light, promised a bit and delivered more than recent episodes. I acknowledge I’ve been hard on them, but when a great thing falls a little way from being that good it feels worse than an average thing being less than average.

But back to the episode: this one is a quick lesson on how events become history, and how history becomes superstitions as the crows and bookend scenes demonstrate.

The tension and its release worked with the modern scenes. The monster’s ability to kill was interesting, and it looked threatening enough, although I think the sunlight as a cure was skipped over a little.

I really liked Nardole in this, rather than functioning as a curator of vaults and plot devices and previous narratives, he gets to display some character traits and make jokes. And there were jokes, so knowingly and quickly delivered.

For a show about time travel I wish there had been time to explore the role of Kar, the Gate Keeper, but I realised that her anger, and unease as a leader are what made her vulnerability more convincing. She clearly was a kid dealing with the fact she was responsible for unleashing something she didn’t entirely understand to destroy an enemy she thought her people couldn’t stop.

This, by the way, is BS. The Romans were held out of what was Scotland and the locals didn’t need aliens to do it. Which leads me to a thing I get ranty pants about: this thing people (I mean everyone from pseudo-archaeologists obsessed with ancient aliens to Pinterest users) have with claiming ancient civilisations and societies could not achieve the things they did except through alien (or European) help. It drives me crazy. It reflects modern biases against the capabilities of traditional peoples, their cultures and their technologies and nothing more. Any way, rant over. I get that most of the rationale of Doctor Who these days is inserting aliens where they aren’t meant to be. 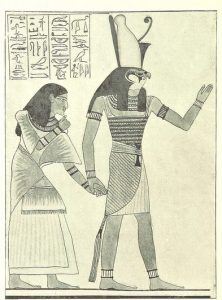 No. Aliens did not paint this, nor build the pyramids.

Back to the story.

Kar reminds me, perhaps deliberately, of The Girl Who Died‘s Ashildr before she became immortal. And seemingly The Doctor hasn’t learned much, he still tries to stand in for the people whose job it is to regulate forces (like portals) to save the world.

In a way Kar and Ashildr share the same story:  young women thrust into important roles, who then sacrifice themselves for their people. And their peoples are portrayed simplistically, so they are like the kids of Mad Max: Beyond the Thunderdome but with swords, and instead of the myth of Captain Walker, they have the roles of the Gate Keeper and Story Teller.

I don’t know what this means for the finale, except the last few minutes where again Missy becomes the entire point of the episode. While she is rehabilitating herself the Doctor can’t yet entirely trust her. Fair enough.

This time tomorrow we’ll know why.