Film Victoria and FremantleMedia have announced the call out for “early to mid-career” writers to apply for placements, writing for the stalwart of Australian evening  television soap opera Neighbours. This a great opportunity.

Applications are open now and I had a quick look at the preview forms and what is required. Hmmm, I said to myself. Hmmm. You can’t be any geek of the street, to quote Young Guns, you have to not only know your stuff, but have had your stuff produced or otherwise funded.

Which brings me to me. Back in the early 2000s I applied for an eerily similar writer/storyliner placement program with Neighbours. I was invited to talk with them. I took myself off to Melbourne, and sat in the head office in Richmond, and was interviewed by the then producers, who I recall, mainly waxed lyrical about Delta Goodrem, dreaming of her return to the program. At the conclusion of the interview one of them, either Ben or Luke, conceded that yes I was a natural storyliner. I returned home, awaiting the call. I missed that call when it came, but it had been decided to cut the number of placements available and since they had already filled some that was it.

I made it to this interview based on a published short story and half a Diploma of Professional Writing and Editing where I had studied, amongst other things, screenwriting.  This year, to be considered for this opportunity to earn your keep, applicants must have won a major screenwriting scholarship or award, or had works screened at the likes of Cannes, or had success comparable to that of early Lena Dunham with narrative films going viral on YouTube. 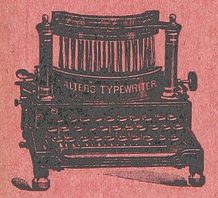 I understand that the pool was smaller when I applied, and technology was not social. There was no such thing as YouTube. I had a Nokia, but it wasn’t a camera and I was studying writing, not filming my writing. So while the demands sound more mid-career than early, graduates are coming out of RMIT film studies or other courses with production credits. Not only are they writing scripts, but they have the tech in their pockets to film them, in addition to the professional equipment universities have. Deakin University, for instance, has an entire TV studio at the disposal of students. I know, I’ve helped direct guests for Marngrook Footy Show to it.  Even those who don’t have formal qualifications can find some one with a phone to stand in good light and follow a script, the likes of Trop Fest have demonstrated this.

Even so, I’m a little nostalgic for simpler times, when  Neighbours’ producers considered taking a punt on a country girl who’d grown up watching a black and white TV, drove a car with a tape deck in it, and just wanted to tell stories.

In fact, I still do.