I recently attended a public lecture at Melbourne University’s Object-Based Learning Centre. This moodily lit, formal space is a world-class museum-lab-classroom where students and guests can go look at and handle (with care) physical bits and pieces. Most visitors are students enrolled in museum studies, history and archaeology, but any student can go look and many can incorporate ‘OBL’ in their studies.

Objects that I got to handle (in bright blue gloves) included a 5,000 year old burnished funerary vessel from Egypt’s Old Kingdom. It had been buried with a naturally mummified body. It was quite simply, thrilling.

I also examined a clay beer container used by a pyramid builder some 4,000 years ago. Although broken and pieced together again, I could see a hand print in the rough clay of the jar, its maker crossing millennia.

Use shall age them

One main lesson our lecturer imparted was most people they teach believe the oldest items look the most worn. But the beer jar made and used and discarded in an industrial zone was more worn than the cup stowed in a burial and protected from the elements. The beer jar was a thousand years younger than the newer looking funerary cup. How things are worn, broken, and otherwise look is not always linked with age. 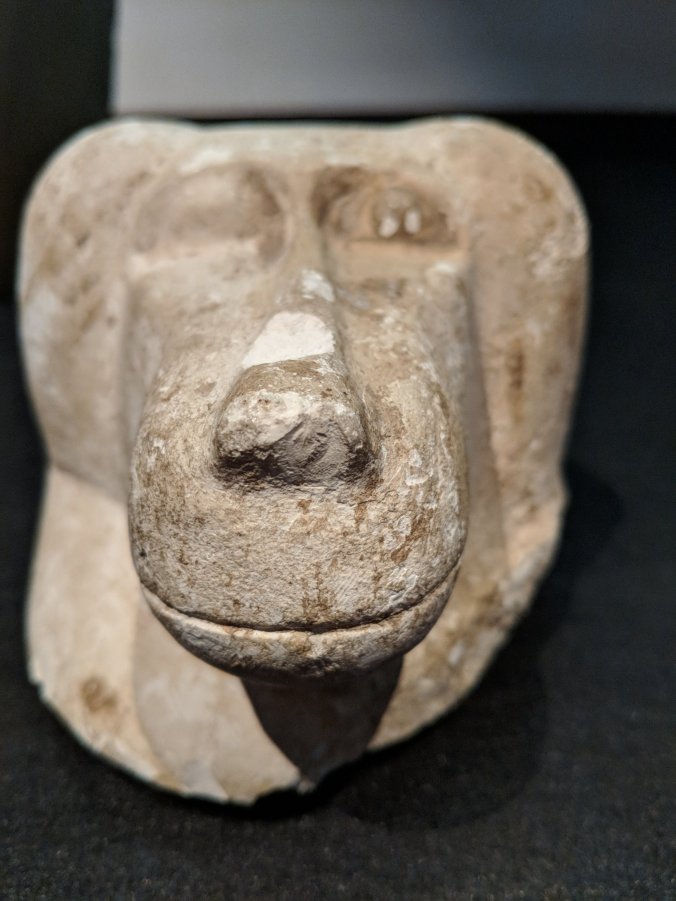 I was surprised by the weight of the limestone canopic jar lids I gently lifted from the table. They were both comfortingly hefty and delicately carved with individualised features. I especially appreciated the smile of the monkey headed jar lid, and the precise details on the ear of the human headed lid. 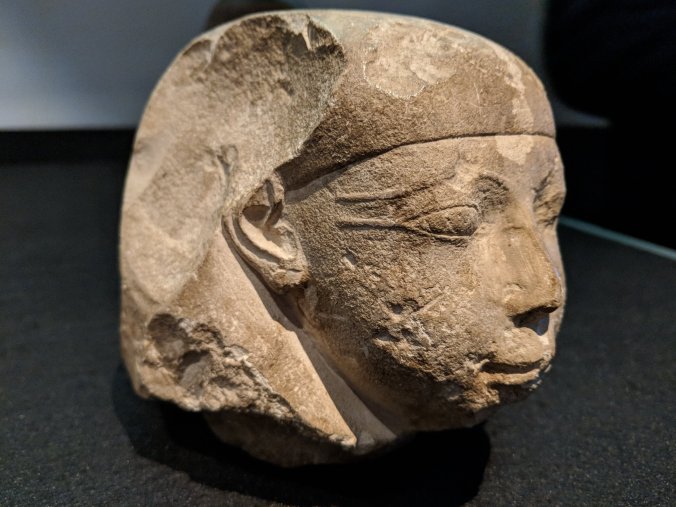 With MRI images we saw inside this fetching linen sealed funerary jar (below) was once said to contain a mummified something, probably a bird. 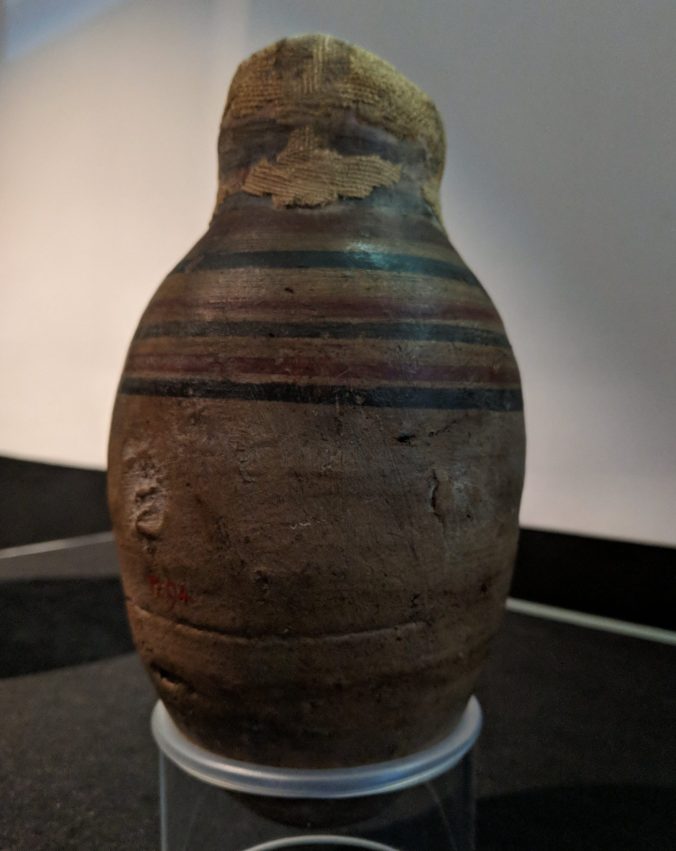 Alas we saw the trick – the jar contained nothing. But it was beautifully decorated, so looked the part for a funeral. Perhaps it was a ruse to cheat a customer paying for a mummified animal, or perhaps a liquid had been drained from the base of the jar.

In short, this world values stuff, but stuffs people around.  We would not have ancient items in museums if ancient peoples were not in receipt of some kind of payment or recompense for the many varied artistic, decorative, entertaining, educational and functional things they made. Meanwhile today, makers of all kinds are facing increasing resistance to the idea of payment. This week saw people attacking authors for noting how piracy cuts into already diminishing earnings. Sigh.

This day has me imagining schemes to Good Will Hunting-myself into working near these items. But I wonder why, since I find the materiality of archaeology attractive but also appalling. Items carry the weight of their years with them, they are rare, often beautiful, and there is awe at confronting their survival over the aeons. All of this gives me something like time vertigo. Yet I worry about covetousness in this drive to honour ancient ‘things’ while so many generations have ignored and continue to sideline the (often living) cultures that produced and continue produce the items in museums.  If we ‘save’ objects but ignore people what is the point? 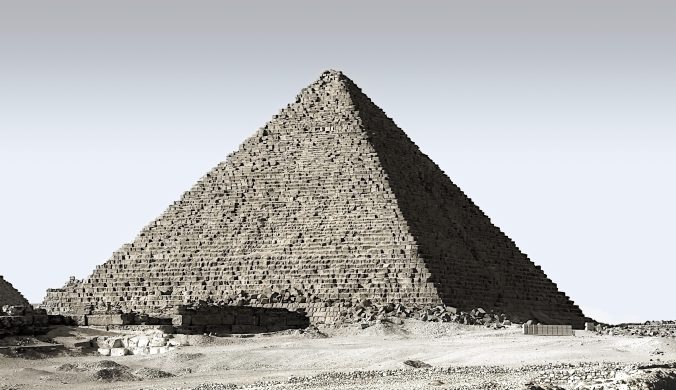 There was magic, or mana to these items. It’s almost distressing that mere mortals can handle statues representing divine figures in such mundane surrounds. Is it right once sacred items are almost worshipped for their survival and monetary value in a university classroom so far from their original sacrosanct context and use?

The power of belief can do things to people, and I wonder whether it may be it can do things to objects too. I’m not imagining mummy curses on those canopic jars Iids. But I held them in my hands almost like it was my heart weighed against Ma’at’s White Feather of Truth before Osiris and Thoth.

Perhaps the 42 judges of the Spells for Going Forth by Day will ask, have we always done right by these delicate artefacts, their makers, and keepers?

The ancient ways will demand an answer.