These are the compare and contrast notes of the Star Ship…damn, wrong universe. No this is the Blog of Bec, who wonders: is Joss Whedon a Doctor Who fan? Are Doctor Who writers fans of the Marvel universe and vice versa? And why is gamma radiation?

Imagine if Doctor Who had the budget of a Hollywood studio? I think someone did. I think it was the makers of The Avengers. Now don’t get all upset. Anyone can have ideas and big narrative ideas aren’t copyrighted (although some can be patented). And inspiration can be found anywhere. And people being people notice patterns in ideas. People like me.

An Avenger Says What?

Now I could compare The Avengers with Brideshead Revisited if you like. What with the themes of: repression; implications of wealth and class; British accents; buildings rich folk live in; god/s and teddy bears. But I won’t. Mainly because I am a fan of Doctor Who and have watched it fairly closely and as I sat in the theatre I wasn’t thinking: interesting, that early part of the first act immediately after the introduction was so Brideshead. No, I was sitting there thinking OMG that’s the fricking Valiant!

So yeah, check for the massive ship that flies using big turbine thingys. But the similarities didn’t end there. Aliens and super beings gather on this ship to help save the Earth. This ship is also a prison for various super beings who misbehave: Loki, Thor and The Hulk and what the hell I wouldn’t have been too much surprised to see Capt’n Jack and Martha’s family too. But the telling similarities don’t end there.

Aliens arrive in New York and visit a very tall building, (hmmm) and generally use their alien technology take over a building and cause havoc (double hmmm). A super being alien channels electricity through the top of the Empire State Building to try to stop them but it doesn’t work very well (triple hmm with mayo) and fighting ensues (of course). Then all the superheroes disappear and everyone wonders where they went. Would only have been more Dr Who if the aliens were Daleks (it’s ok, they weren’t).

Aliens go to the top of human-built really tall and cool Stark Tower (aka Torchwood One) in the middle of a city and open a portal to another place using alien tech operated by humans (hmm). A big fight ensues between aliens and super beings. Earlier an important plot point happened in Germany (aha). Radiation is crucial as it caused Dr Banner to go all Hulky and can be used to trace the magical Tesseract, which is kind of like that warp star conjugation, in that it’s weeny with a lot of power. Likewise in Dr Who, radiation is crucial as it means Rose and Mickey and all time travellers could get drawn into the Void like the Daleks and Cybermen.

Did I mention a giant Star Whale visits Earth, ridden by alien people, but it has turned all ugly and also attacks stuff? It doesn’t save England. More arrive and don’t care about children crying.

The Doctor of a Thousand Faces?

A mad man with a box, a lonely god, the last of his kind, a soldier, peace keeper, a healer and warrior, a scientist traveller busy-body. As a Hero, the Doctor shares traits with all other heroes, including each of The Avengers, just as the Master shares traits with Loki.

Loki is a havoc-causing drama king demi god with a massive and bruised ego, abandonment and Odin issues. Only one person can stop him. Thor. His brother-ish. The Master is an extravagant havoc causing egomaniac with a power complex and only someone just as brilliant and so almost his brother can stop him. Essentially they want power over others, but never conquer themselves.

Loki also pulls some cool mind control shiz on peeps so they do his bidding, just like the Master does in quelling people with satellites, and also how the Big Red Dude Down Stairs takes over that archaeologist and the Ood to cause havoc in Doctor Who.  The Ood’s eyes turn red, while Loki’s butt-monkey’s (to quote Buffy) eyes turn a weird blue. Mind control = weird eyes for all you budding sci-fi writers. The Doctor also possesses some mind control tricks of his own, mainly on babies and Craig.

Tony Stark/The (10th) Doctor (especially) are both brash, smarty-pants types with special hearts, expensive toys, oodles of charisma, good hair and issues with authority. Both of them talk to their respective enemies long enough to get info out of them. Then they’re totally reckless and almost throw their respective lives away to save humanity. They are the epitome of cool. Nuff said. 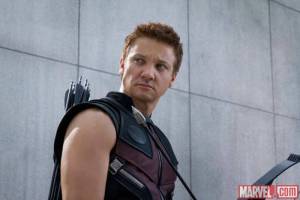 Dr Banner and The Doctor are both brilliant but troubled scientists (geddit, they are doctors). They both go to massive efforts to avoid confrontation and spend a lot of time doing good, playing with radiation and running away from their pasts. They are lonely, and also shun the expressing of emotions as otherwise bad things happen. Or generally bad things happen anyway and they make a point of having the emotions to combat stuff. The Doctor never turns green, while Banner doesn’t have a cool vehicle, but he and Banner are always so sorry afterwards.

Man out of time

Captain America/The 11th Doctor: a kindly and old-fashioned young man who is actually old and out of his time, who has been in a war, helps save the world. Again. The Doctor doesn’t have a cool shield. Captain America severely lacks a Tardis, but he wears a nice shade of blue. As uptight men-out-of time they are both not quite down with the lingo mostly, but their actions speak volumes.

Thor and The Doctor see themselves as self-appointed Super Guardians of the Earth. Each conveniently possesses superior powers and a kind of immortality to make this a little easier. Both have complicated relationships with their home worlds, big egos, and both are aliens but can also be seen as gods. The Doctor has a sonic screwdriver. Thor has a magic hammer (and as demonstrated above, both can channel lightning.) They both have problems with characters who are essentially their brothers. Loki and the Master are smarter and more conniving than either Thor or the Doctor. Of course the Doctor lacks super strength, but can be the silent type. Thor does more problem-solving with brawn, but occasionally gets in a witty aside in his formal, I’m-a-foreigner-type way with words.

All in the mind

Black Widow and the Doctor manipulate people in ways that sometimes leaves themselves exposed, emotionally speaking. Both don’t like to deal with it and use fighting/doing good as some kind of karmic balance sheet and reason to escape icky guilt feelings. Both are at their most dangerous when backed into a corner and surrounded by their enemies. The Black Widow makes me wish Romana was back and into some sort of Gallifreyan martial art. Let us take a moment to pray to The Great Moffat for that. Although the Lady Christina was a bit Black Widowy, when I think on it.

Technically Loki is from Norse mythology; in Marvel the otherworldly realm of Asgard is somehow an alien planet. How better to indicate all this than with a plummy English accent, much like those residents of Brideshead? Of course The Doctor is quintessentially Gallifreyan, which ipso facto, means he must have a British accent. 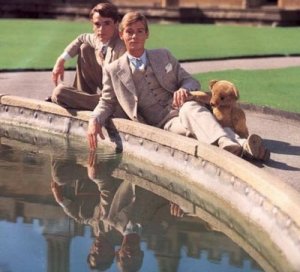 You know how Whedon likes killing characters? Remember Wash? Buffy’s mother Joyce, Buffy, Fred, Wesley, Buffy, Angel…ok sometimes the dying didn’t quite take. But I was holding my breath for someone to die here. And there was some death. I mean there can’t not be death in a war with aliens and super beings. And there was a moving death that helped motivate the story, we are even told this in a hyper self-reflexive, fannish film-making way, in the story, in case we weren’t concentrating. But there was no really BIG death. Mainly I think because every Hollywood executive was wetting themselves about a sequel. Perhaps in Aliens vs Super Big Damn Heroes II there will be a death. Iron Man, the Black Widow and Agent What’s-his-name could die as all of them are ‘more’ mortal than the others. However Black Widow shouldn’t die as she is the only Avenger Super Chick. Unless Cobie Smulders takes her spot. She could be Apprentice Super Chick in some kind of Black Widow spin-off.

Kudos too, to the writers for Cobie Smulders’ Anonymous Secret Service Action Woman character, who gets both actiony and commandery without dying. And she gets dialogue. Stellan Skarsgard was good in a small but crucial role and it was nice to see Samuel L Jackson ‘back’.  Gwyneth Paltrow as Ms Potts was under-utilised, or only needed to demonstrate Stark could have feelings. Or something. It was like Rose just went off to her day job when the Doctor visited.

As with Doctor Who, there were plenty of big action moments when the world is at stake, but what I liked most were the smart moments, the quiet moments, the jokes and those turning points when you go aha and perception changes. It doesn’t matter that when I think of the big action scenes I get fuzzy on the start and when I try to recall the start I wonder how it led to all the violence. Heroic stories are a bit like that sometimes. A touch of narrative incoherence has been notable in such stories from the Epic of Gilgamesh onwards. However, with some most un-Whedon-like luck, this burgeoning franchise won’t be cancelled LIKE ALL HIS OTHERS and we’ll all get to see these particular Big Damn Heroes regenerate a few more times.