Here’s your two for one review of The Last Jedi and Twice Upon A Time Doctor Who Christmas Special. Because, to quote the classics, why can’t we do both? If you think, like me, too much about these things the themes of each converge on memory, life and loss, and decisions in quiet moments that change the course of everything. 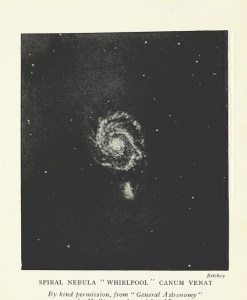 In space no one is surprised by an interrobang.

I was ready to be disappointed by both, but came away satisfied by TLJ. Not quite elated (because so much loss) but confident about sequels. I finally felt like the writers have gotten a better handle at demonstrating what Jedi means. Sure, it includes mind control, weapons training, and ‘moving rocks’ but it’s also something else. We got to see that something. As a special bonus there were no mentions of midichlorians. 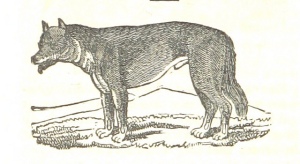 I want an Ice Fox but this will have to do.

Speaking of the Force, while TLJ felt long, and could have ended at least three different points, there was a balance between Rey’s identity quest and the war bit of Star Wars. I thought Mark Hamill got the arc (sassy) Luke Skywalker deserved, and it was a nice counterpoint to Carrie Fisher’s Leia getting to exhibit her Jedi heritage, while both got to explore the cost of the Resistance. I thought Rey’s plot held its line between Skywalker and Kylo Ren that gave us enough answers.  And it wasn’t a copy of anything else seen before.

Luke Skywalker: Where are you from?

Luke Skywalker: Nobody is from nowhere.

At several points I thought Leia’s arc could have ended. And obviously (and sadly) it has. Then again, this film kept throwing up contenders for odd changes of fortune, as well as the most elaborate chase sequence in space. It all just kept going and going but the noble sacrifices, tricks and last-minute saves also kept coming. It was a great to see Poe become so wrong-footed about his commanders, compared to the high cost of his heroics, but I like how he developed enough because of the example set by Vice Admiral Holdo to recognise Luke Skywalker’s gambit for what it was. 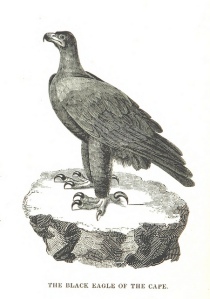 I see the Millennium Falcon come to the rescue but hear ‘the eagles are coming’.

Speaking of war and long goodbyes, the burden of saviour-hood, and the stuff of legends, most of the above I can say for this Doctor Who episode. The Doctor of War gets to save himself by being utterly himself, pursuing a quest to find out the villain is not even a villain. Plus, there was genuine emotion, and, snow.

The random Captain appearing at the South Pole with the Testimony Glass Woman was baffling for a while, but like Rory and Amy landing in the cemetery in New York, it turned out to be significant and meaningful. It was an ah moment for those in the know, and thus the result of The Doctor tweaking the Captain’s time line on that battlefield even before he knew who he was, was quite affecting.

I liked that the Doctor’s quest was basically to restore timelines by sorting his own s**t out. As an episode, it was a meandering detour between world saving events, and that feeling is right, given it was crammed in between a past self adventure he can’t remember, and a future self he is yet to become, plus landing in the middle of a peaceful moment in the middle of a battlefield. It was, as he said, a moment of grace. And The Testimony, kinda like a benevolent Missy scheme, also provides the grace.

I liked how TLJ demonstrated Jedi, and in contrast was thus was annoyed by The Doctor being so didactic in announcing his rules when he could’ve just got on and regenerated. I don’t care if The Doctor and Bill had a student/professor relationship, his last speech was too much of a lecture to us, especially since for most of his early run he did not live his values, but was a rude, cranky, arrogant and patronising dude who pulled stunts like the one on Kill the Moon (my most loathed episode).

The problems I have are not with this episode, but with how the previous one ended. Cyber Bill is dead, but was somehow saved by Puddle Alien Heather, and both were able to get The Doctor back to the Tardis. But how? No. Really. How? There maybe errors with the Captain’s time lines, but there are so many more with all the gaps between an almost dead Doctor getting aboard his Tardis through the auspices of dead friends and Bill not remembering anything as her Testimony self. 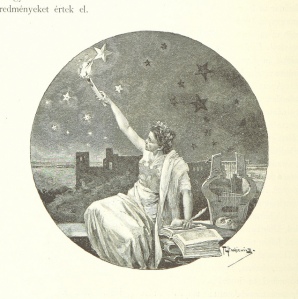 It annoyed and saddened me that Bill’s potential and back story came to nothing. What was the point in giving her a dead mother, and house mates, and a replacement mother figure, if they were never referenced ever again? Rose returned after one adventure (after being missing for a year) and her mother was distraught and police were called on Mickey and hence forth her mother featured in her every decision for all of Rose’s adventures. There were consequences for the world for Rose. What are the consequences in Bill’s world for her death? I say the same for Clara. Her boyfriend died and there was a memorial and mourning and phone calls, and it led to Clara manipulating The Doctor and other reckless actions. When Clara died what happened to her father, her grandmother, her school, her students? What happened to Danny Pink and Clara’s supposed future time travelling descendants?

Why so many mothers dead?

In TLJ certain sequences (Rose and Finn) delivered poetic justice, and set up a kind of future, while other aspects of the world building were either light on, or a bit mockingly self-referential. Too much fun was made of General Hux for instance, by Snoke and Kylo Ren. While the focus has always been on Ren as the big villain, this film gave him plenty to do, even if the psychic exchanges were awkward. The other ‘baddies’ are almost one-dimensional in how they are portrayed. I say almost, because they are mostly there to reflect others; Ren reflects Rey, while Captain Phasma’s sole purpose was to reflect Finn in her shiny helmet. Of course in Doctor Who, the Doctor is reflected by his former self, and the companions, by the memories of themselves.

Poe Dameron had some great lines but there is yet more humour scattered amid the detritus of a failing war. I loved how General Hux was teased by the Rebels and how he back-peddled against Kylo Ren taking over from Snoke. However, I feel Hux needed more moments to demonstrate his own leadership.

General Hux: This is Hux. You and your friends are doomed. We will wipe your filth from the galaxy.

General Hux: Can he hear me?

Com Officer: He can.

The exchanges between The Doctors lifted the mood. Their confusion and embarrassment also revealed the extent to which The Doctor (and also clearly the program itself) has developed. Some wonder if his ‘you can’t say that’ exchange was real awareness or a device to set up the next Doctor, which seems a bit ungenerous to me. Either way it highlighted how Peter Capaldi’s own incarnation has developed from cranky old man who rejects hugs, to one willing to embrace the glass memory containers of long-lost his friends, and thus his core values.

Clara died and lived left because she was rescued at the moment of her demise by the intervention of highly evolved Time Lord technology. The Captain lived because of The Doctor almost makes the same decision twice, while The Testimony was using their moment of death intervention tech. Same but not. Interesting that the Doctor didn’t really notice, and he jumped to ‘evil scheme’ conclusions when in fact, the Testimony was trying to fix a problem he caused.  TLJ has been accused of riffing off old themes but I think this film is less guilty of this than the first outing with Rey and Ren. TLJ finds a better balance. Ren is not Vader. He is not all evil. Rey, in the quest for herself, finds she is not all goodness and light. Luke’s story, told from two perspectives, shows he was just as troubled as Ren. I like this shifting from absolutes to nuance. It makes each character less cartoon-like and it feels fresh compared to earlier films.

Any way that’s all I got.