A couple of years ago, I jokingly mentioned that Marvel’s heroes don’t feature in films that address issues of import, because they largely fight self-created problems (like Stark raving police bots gone bad in Age of Ultron, or themselves in Civil War, or the son of exiled long-lost relatives in Black Panther). See my prescient 2015 review:

Not sure why you enter a super hero world, but I’m not holding my breath for Avengers: End of Nuclear Proliferation or Hulk: Age of Flood Mitigation or Iron Man: Saying No to Slavery, or Thor: End of Terrorism.

This changed with Avengers: Infinity War  – it addressed serious issues (starvation, over-population, and sustainable resource use) in the one film. But this film did it from the opposite perspective from the one I proposed. Thanos, the mega enemy, was the one offering the answer. Our heroes are against him because his answer was immensely arrogant and life denying. Thanos believed genocide was the only way to ensure the universe’s population could live sustainably. It’s a conclusion the world has witnessed repetitively: that for some to survive and thrive, others must die. What Thanos refuses to realise is that genocide doesn’t create peace and plenty, but begets inter-generational survivor guilt, and manifests as physical, mental and spiritual trauma, resulting in bitter enemies and continued cycles of war and recoverable population growth. See Earth History 101. 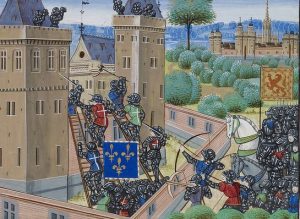 Affinity for war started a while back.

It’s interesting though that this advice is also handed to writers. For a story to thrive characters must suffer – you the author, must kill your darlings. I understand this narrative imperative, and why upping the stakes is compelling. Yet, in an escapist romp featuring the impossibly strong and beautiful performing heroic feats (for us no less), it’s not what I expected or possibly needed. Sure, heroes can suffer to create depth, but I didn’t expect to discuss how Thanos, in his mind, is the hero, wielding instant genocide to save the universe. Like Hamlet being the only one to see the ghost of his father, Thanos’ tragedy is that he is the only ‘hero’ to see it his ‘truth’. But this is not the reason this film is every bit as tragic as the Danish Play or MacBeth.

The film divided the Avengers. Groups on different front lines unknowingly worked together and so no scene was too crowded, and all were interlinked…too well linked. But then I realised the reason I could see the connections was because  every step was inexorable. Every ‘set play’ group scene featured a moment where they had a win, or looked like they could win. But these were the phantoms of hope, and would never have worked…because tragedy. Thus, we can’t blame Peter Quill for being unable to harness his emotions during Titan’s set play – the way had been lost since Thanos met the Asgardians. It’d be like blaming Hamlet for his opponent’s sword tip being poisoned. What increased the pain was my awareness they had to fight and hope, while sensing each heroic moment was flawed, as I knew the relentless trees of Great Birnam wood drew nigh to Dunsinane (located in Wakanda). 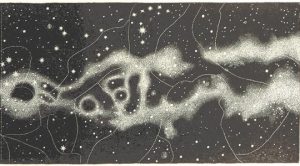 Defeat was written in the stars, but the sky will turn dark if we accept it (to misquote River Song.

To elucidate further, for me the film was tense because  of this unfolding galaxy spanning tragedy. I could see why Groot went with Thor, for instance. Tragedy is always linked to fate. Even Dr Strange could only see one scenario out of millions that worked…and still did what he did…which will probably mean something later. 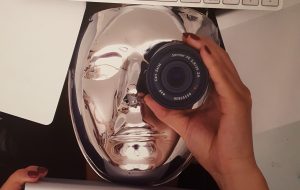 Even prototype Vision saw most of it coming, but it still hurt.

However, amongst the tragic flaws and sweeping gestures was touches of gold, like Thor understanding Groot because of ‘an elective;’ seeing Captain and Bucky together and Spider Kid with his continued film references.

What I can’t see is how this war gets undone or won. A complete reset cheapens the losses of Infinity War and why put viewers through that denouement for it? And yet, we want our heroes. Part of the attraction of these characters is not that they defeat their enemies using violence plus technology, but they are a testament to humanity’s conscious striving for life, and more life with camaraderie in the face of bad odds…but this so very American self-assurance also met its match.

After watching the work of Steven Moffat, it’s like the next MCU film needs a magic blue box. Thus, while I want death to matter, I also, unreasonably, want The Doctor to sweep in to put this universe aright, before sharing tea, texting, and scones. This won’t happen… Agents of SHIELD is the area of the Marvel Universe that looks too much like Doctor Who these days. But Captain Marvel is about to enter the story. I want to know what saving the day looks like and whether there is justice, a rebooted universe, or something entirely different. 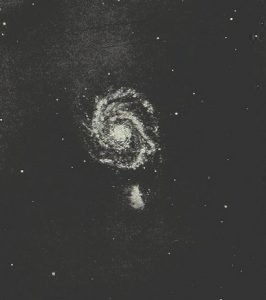 Somewhere in the universe is the retcon we need.