‘ere be spoilers, me hearties, k?

In a Doctor Who story featuring two big reveals, the one regarding the vault was interesting, given the stuff about measurements of fatality, with an apt call back to River Song, but that was the curtain raiser. No, it was the other piece of news that kept me engaged amid increased tension and mystery.

Through technology, you can see what is not real: the original use your illusion.

Steven Moffat’s episode Extremis has all sorts of things going on, many of them my favourites. For starters: Latin tags, hidden libraries, shadows, and dangerous ancient texts, like River’s diary, and the other one. Or so it seems. Moffat’s great joke about this truth book is it not about words at all, it is a count. A word count if you like. 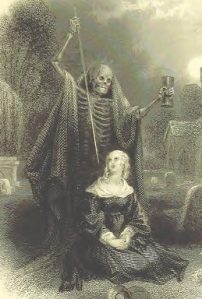 Bad corpses, bad corpses, whatcha gonna do when they come for you in a computer simulation?

The Doctor stealing from his future in order to see is an analogy for what happens in the episode and also what happens with writers and stories. Writers always take from their Big Bag of Ideas and spend them, some times all at once. The stuff about the Vatican and CERN was intriguing, but mainly marvellous and entertaining window dressing to get to the point of the text. And the fact it is a book is important, The Doctor and his Companions, in figuring out what they are doing, are interpreting the text they are within. And they succeed.

The new enemy runs a simulation within a framework in order to understand and overcome future real world outcomes, such as defeat in an attempt to conquer the earth. The hidden text is the verification process, which is the only indication to individuals that they are but characters encoded by their enemy, to be deleted, or rewritten at will. Like like any character. Nardole and Bill feel and see this, and their terror is real. However, this time Father Christmas doesn’t turn up to save them.

This is very much like The Doctor’s Confession Dial experience where he (alone) experienced many deaths over thousands of years to finally reach his destination. This time, Subroutine Doctor doesn’t go anywhere, but he does get the information out, and just like any ‘trapped in a dream’ episode, The Doctor outside of the framework wakes to the impending danger.

Why is this important? Well the danger will come anyway, so this is an introduction. But what the story really indicates is that The Doctor transcends any construct that contains him, even bespoke ones inside his own story. As a character within a world within a world, he speaks to the world beyond him. He is inter-textual, but what the argument really is, is that The Doctor is beyond texts. He is a cultural phenomenon, beyond the limits of a TV series, films, cartoons, books, and audio plays. The Doctor says he stands apart, which is really Moffat making The Doctor say, too damn right he does. As a character he is immortal in a way no one else can be. 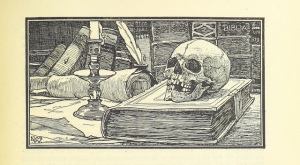 The other theme of 2017: dead stalking the living. Wonder what it means? Cough, cough, ahem, um, regener-

But to get more meta, this is also a get out of jail free dress rehearsal or first draft for the real encounter of our heroes and this new big bad. If we don’t like what happened in this episode, the writer is saying it doesn’t matter, because it is one of many possibilities for the actual showdown. This was just one version we happened to catch. It will be rewritten differently next time.

So we can see Moffat is test driving ideas about identity, truth, sight and shadows to see what will fly with his readers (audience) when The Doctor faces these beings and barriers ahead of the next episode: ‘reality.’ But as I keep noting, this isn’t reality at all, merely another Borges-like-Escherscape of repeating Moffat Themes, dressed beautifully, and gloriously freighted with auteur significance. And it doesn’t matter a single jot if no one gets it, because we’re through the looking glass people, and it’s maze-like dangers and adventures are wondrous and beguiling.