The sky is still blue

And so it has come to pass The Doctor Falls and our perception filters have been lifted and we can see the great event happen on the horizon, and like anything in a black hole, we are crushed, and perhaps, made anew. And, because time dilation means The Doctor’s end has been strung out to Christmas, we must wait and go the long way around, while he is already there, meeting his previous self and becoming his future too.

The clouds come and go

The Master/Missy will come and go and I fully expect the Doctor to again encounter his best friend in some form. I loved the tension between Missy and the Master – of course as a destructive being she/he is also self-destructive. She was always in two minds, even without her previous self around. And, of course they are about vengeance, especially against themselves, even as I believe Missy had evolved. And I say that in the awareness that change could mean a willingness to help others even while remaining capable of self murder or is it suicide or something else? Never mind. Even though there was never enough Missy in this series, this was good.

That laughter too was apposite. If The Doctor is dying crying no, well then the Master will go laughing. It balances the force. Imagine if Missy and The Doctor had ended this episode travelling the universe together actually being kind. No. I can’t and that is a good thing. 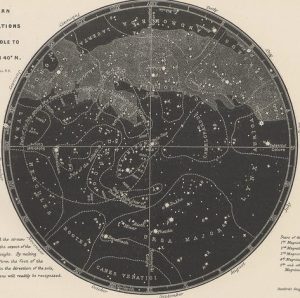 A map of the universe The Doctor and Missy won’t travel together.

Yet something is different

Well that was a surprise. The Pilot/Heather returned. Wasn’t expecting that and it wasn’t presaged so very clearly, except for the comments about Bill’s tears. Yet cyber beings have cried before (see Doomsday with Yvonne Hartman doing her duty) so I was waiting for something without knowing what.

Yet I suppose the fate of the ship, and perhaps of Bill was laid out in the first episode by The Doctor himself, except replace city with Mondasian ship stuck in front of a black hole.

The Doctor: Every moment of your life laid out around you… like a city. Streets full of buildings made of days. The day you were born. The day you die. The day you fall in love. The day that love ends. A whole city built from triumph and heartbreak and boredom and laughter and cutting your toenails. It’s the best place you will ever be. Time is a structure relative to ourselves. Time is the space made by our lives. Where we stand together forever. Time And Relative Dimension In Space, it means “life”.

If the ship is a structure that is also time relative to Bill’s life then Heather was and is a part of it, since she was a part of Bill’s time line. Even though it was brief as The Pilot followed her everywhere, Heather became more of a ‘what might have been’ – a path not taken. But in an infinite universe all paths exist. Now, Bill gets to take that path and live an alternative life. Why not. She couldn’t go back to chips could she?

Speaking of the ship…

Are we falling in love?

What an unexpectedly poignant joy Nardole became. He was transformed from an irritated and irritating clunky back story narrative device complete with loose screws, to an actual character with anecdotes, humour, and touches of his own history. If this was his farewell, then it’s a fairly satisfying one. I mean, I know it is a very Russell T Davies white picket fence ending, but Nardole actually resisted it and never asked for it.  Furthermore, it’s on a space ship parked in front of a black hole that yet could be attacked by surviving cybers. Yet I embrace this contrast with a bucolic stewardship of a bunch of kids, and a burgeoning love story neither he nor we expected.

If his story ends on a note demonstrating and living the kindness The Doctor always talks about then that’s ok by me.

But it’s not quite the end.

May it never be the end.

River said it best: Everyone knows that everyone dies. And nobody knows it like the doctor. But I do think that all the skies in all the worlds might just turn dark, if he ever accepts it.

Don’t let yourself be hurt this time

Peter Capaldi’s Doctor may be the most visceral we’ve seen for a while. He gets hurt and hurts others. He looks hurt. He might be a grinning idiot, but there is pain. For all his guile and planning he punched himself out of an alternate world/prison made by the Time Lords. He became blind and had to hurt himself to see for a while. He watches his companion get shot and transformed (previous episode) and he too is electrocuted, and shot. But his ‘real’ hurt isn’t physical. Well yes he is heading towards a regeneration and knows it, but it is his own resistance to this process that hurts him (and me) the most. It is futile too. It piles personal anguish on top of the death and destruction around him. But I can’t blame this Doctor.

As I noted in an earlier post, this series has been about barriers and how we overcome them. Bill has transcended her final barrier, her physical transformation from human to cyber. She held on to herself, as Clara did as a Dalek, and she rediscovered herself and Heather/The Pilot, for doing so. The Doctor’s lesson in overcoming his final barrier to changing himself (yet again) is the stuff of the next episode.

Then I saw your smile

With sadness and yet much expectation, I don’t want to wait. But the physics of time and all the stars, and TV production and programming, bid that I must.

Til then, Doctor, my Doctor, till then.

With thanks to Falling by Julee Cruise. I didn’t know I would quote it until I began writing.