It’s been a momentous couple of weeks in Doctor Who news. The announcement of the 13th Doctor kept me smiling all the way to work (or at least until I began to read responses), while the preview for the Christmas episode looks like it could be pleasing (or infuriating) to old school fans and newer ones alike. Both updates are an unexpected joy.

I remain surprised at my own response to the 13th Doctor, and how important this decision could be as a kind of cultural marker (and yes, I watched Vice Admiral Janeway in Star Trek).  I’m not suggesting a casting decision for a long running British TV show will put a stop to sexism in entertainment or prevent FGM, or give women driving rights in Saudi Arabia….

…and yet. It seems to have made some people so angry that it must indicate something. Why else plaster nude stills of Jodie Whittaker from old productions in papers? The logic seems to be women are inferior and making a male character female thus renders The Doctor inferior. If this is so, then this argument should be countered everywhere. And, if that’s not the argument then why the virulence? Why such fear? And why try to make women (especially) feel inferior for defending this casting decision?

Once every few years, The Doctor is regenerated into another man, because a bunch of writers who died years ago made up that rule. They were powerful… but writers now say they can change the rule. They say his power… can be her power. This year, the writers of Doctor Who will channel the essence of their creativity to change The Doctor’s destiny. From now on, every girl in the world who might be want to play at being The Doctor, can be The Doctor. Every girl who could have the power, will have the power, can stand up, will stand up. Doctors… every one of us…with thanks to Buffy’s writers:)

Man as the measure?

What I’ve been thinking about since the announcement, is what many (most maybe?) girls learn early by way of a trick of the imagination. To see themselves as heroic in many of their games, their stories, in their reading and classrooms, they identify with the male figure. They cast themselves as Aragorn, or Iron Man or Spider Man or The Doctor, or Spock, or any one of thousands of characters who get to do the active rescuing, adventuring, fighting, and running around. It was that way when I was a kid and imagined myself as Monkey, or The Doctor or as Indiana Jones, or one of the Three Investigators. I couldn’t be me and the hero. Of late, there are more options for girls to identify with heroic exploits without this psychological leap. They can lead and fight like Buffy, or Wonder Woman, or the Rey in Star Wars, or Lara Croft. Maybe even Black Widow can get her own film. But now, and perhaps best of all, girls don’t have to be the companions, they have the authority to be The Doctor – as themselves. 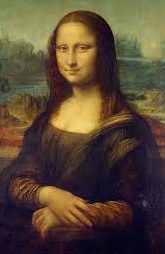 Something, something enigmatic identity debated for centuries

I think some men don’t get this. They see leading avatars of themselves everywhere in all situations. In sport all the time, in politics, in art, and stories everywhere. I’m not saying what they are presented with is always realistic, positive, or healthy, and is certainly not diverse enough (as the #starringJohnCho campaign demonstrates), but they don’t have to do the work of imagining being male first, to then see themselves as the hero. Suddenly, with one change to one TV program, some might have to do this imaginative leaping. I say: take a parachute and learn a new skill.

Neither cruel, nor cowardly

In the Day of the Doctor the big defining promise during this episode wasn’t to remain masculine, or powerful, or blokey. No, they promised: Neither cruel, nor cowardly. Never give up, never give in. If the 13th Doctor lives this credo, then she is The Doctor.

The Doctor was never about machismo, not even with Venusian martial arts. This character has always been about a code, an ethos, beyond any single physical incarnation. It is about helping, without fear or favour; it is about overcoming personal burdens to demonstrate kindness and to make difficult decisions in worse situations, and it is about surviving. These concepts don’t belong to men any more than they belong to women. It would be nice if more fans espoused the virtues demonstrated by the character they admire.

The Doctor is a shape shifting time traveler who exists because the BBC wanted a family program to teach kids about history. It was designed as social engineering from the outset. It’s also a program where the premise is to fix history from weird intrusions, one of which would be how like most of history is presented through the eyes of male (colonialist etc) perspectives. Such wow!

Anyway, writers added monsters as slightly more arcane lessons about the dangers of Nazism and group think. The Doctor defends emotion and individuality over reason devoid of empathy, and fascism absent of humanity. So, if you are raging to keep everything in stasis you will almost always be on the opposing side of The Doctor. Check your records.

A Time Lord is a physical manifestation of the passage of time, representing survival through change. Exposure to the ‘untempered schism’ doesn’t make you a man or a woman, it remakes a perspective.

Perhaps the signals were missed: Romana, The Master changing to Missy, River’s changes, nanny-dalek-teacher Clara calling herself The Doctor, the General’s regeneration; Robot Nardole’s return as just Nardole. And the big indicator when The Doctor recently explained how Gallifreyan society went beyond gender even if it kept the language.

If you are sad you can’t fancy The Doctor like you used to, you’ve still got 50 years plus of back catalogue episodes, this new Christmas episode with not one but two male Doctors, and who knows, any amount of future ones too beyond this generation.

Male is not the default setting on the universe

Here are my suggestions for acclimatising to a program that has always been about flux: